An American petroleum and natural gas, exploration and production company formed in 1959 as a subsidiary of Pan Handle Eastern Corporation Pipeline Company, after the discovery of large amounts of natural gas in the Anadarko basin in Texas.

An American multinational oil and gas corporation headquartered in Irving Texas and was formed on November 30 1999 by the merger of Exxon and Mobil both being the descendants of Standard Oil which was incorporated in 1870 by John D Rockefeller. Being the world’s 7th largest company by revenue it is considered a supermajor in the oil industry with daily production of 3.921 barrels of oil.

Formerly Amerada Hess Corporation is a combination of two companies: Amerada Corporation, an oil producer and Explorer Company founded in 1920 and Hess Oil and Chemical, an oil refinery company, founded in 1966. A merger took place in December 1968 between the two companies forming Amerada Hess Corporation which over the years acquired a number of different arms such as a gas station network, wholesale and retail oil, natural gas & electricity marketing business, refineries and bulk storage facilities.

Established in 2018, The Global Edge Guyana is a local staffing firm with world-class standards in recruitment, supporting and promoting local employment and development. We are here to connect you to your next employment opportunity within the Oil and Gas sector here and abroad. Connect with our Recruitment Consultants today to learn more about the latest local and international employment opportunities. 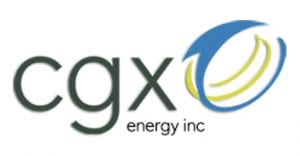 A Canadian oil and gas exploration company that holds three licenses in the Guyana – Suriname basin, formed in 1998 by John Cullen and Guyanese Edris Dookie (who is no longer with the company). The company is pursuing the Equatorial Atlantic Margin Play analogous to West Africa and Brazil and is fully funded for two offshore wells that will test multibillion barrel potential.