Esso Exploration & Production Guyana Limited is an American multinational oil and gas corporation headquartered in Irving Texas and was formed on November 30 1999 by the merger of Exxon and Mobil both being the descendants of Standard Oil which was incorporated in 1870 by John D Rockefeller. Being the world’s 7th largest company by revenue it is considered a supermajor in the oil industry with daily production of 3.921 barrels of oil. They are the largest non-government owned company in the energy industry and produces about 3% of the world’s oil and about 2% of the world’s energy. They operated a number of global divisions including oil exploration, extraction, shipping, marketing, refining, petrochemicals and power generation in over twenty one countries around the world.  ExxonMobil initiated oil and gas exploration activities in Guyana in 2008, collecting and evaluating substantial 2-D and 3-D seismic data that led to the company safely drilling its first exploration well in 2015. In May 2015, ExxonMobil announced an oil and gas discovery in Guyana. This marks the first significant discovery for the country. EEPGL holds an interest and is the operator in the Stabroek, Canje and Kaieteur Blocks, offshore Guyana. The Stabroek Block is 6.6 million acres (26,800 square kilometers) and is located approximately 120 miles (193 kilometers) offshore Guyana. The Liza, Payara and Snoek discoveries are located in the Stabroek Block. First oil will be produced in the year 2020. Exxon holds many awards most recent has been the MER UK award which recognizes those companies whose cooperative approach and positive behaviors have helped to maximize the economic recovery of oil and gas. 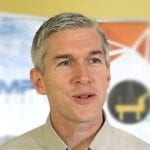