OilNOWLatest News and Information from the Oil and Gas sector in Guyana
More
ExplorationFeaturedNewsRegional
Updated: August 25, 2021 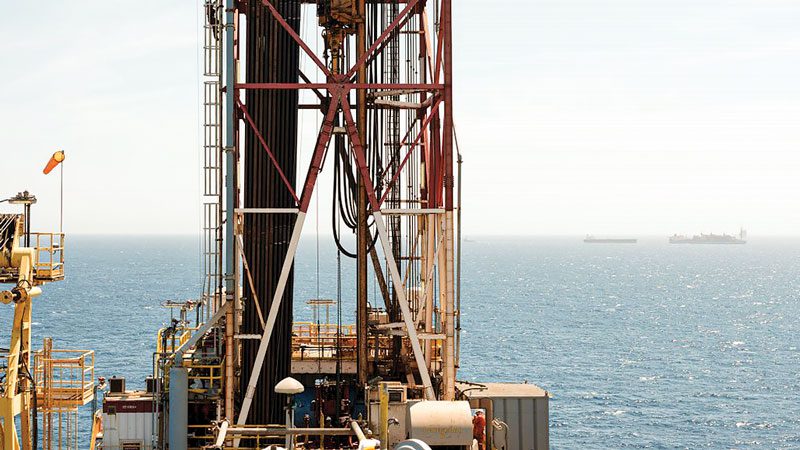 The proposal for the change will be submitted to Brazil’s National Energy Policy Council, or CNPE, by the end of the year, the ministry’s Rafael Bastos said during a webinar Aug. 23. The CNPE is Brazil’s lead energy policymaking body.

If approved, the proposal would allow the National Petroleum Agency to include in future Open Acreage program bidding cycles the offshore exploration and production blocks inside the subsalt polygon that went unsold at previous production sharing bid rounds or were returned to the ANP. While the blocks would still likely need to be sold under the production sharing regime if they contain subsalt prospects, the change would grant the CNPE and ANP greater flexibility in establishing development terms.

“It’s an easy process when we’re talking about concession contracts,” Bastos said. “But because we’re talking about production sharing, the CNPE needs to not only authorize the inclusion of these blocks in the Open Acreage program, but also stipulate the technical and economic parameters. That makes the process a little more complex.”

The move could unlock development of smaller deposits both above and below the salt layer that contain hundreds of millions of barrels of recoverable crude, officials say. The reservoirs, however, aren’t big enough to be economically viable for development under the current parameters of the production sharing regime required because the discoveries are located inside the polygon.

The subsalt polygon was created in 2010 as part of the implementation of Brazil’s production sharing regime. The geographic region delineated the area holding the recently discovered subsalt frontier and required production sharing contracts for development. The transfer-of-rights regime was developed at the same time. Under the transfer-of-rights regime, Petrobras received the right to pump 5 billion barrels of crude from subsalt acreage held by the government.

The prospect of including blocks inside the subsalt polygon in the Open Acreage program started as part of a broader review of Brazil’s policies after lackluster results at Brazil’s first transfer-of-rights and sixth subsalt production sharing auctions held in November 2019. Many international oil companies sat out the sales because of high signing bonuses, elevated profit-oil guarantees and, in the case of the transfer-of-rights sale, complicated contracts and reimbursement negotiations with Petrobras.

While such a change would dramatically increase both the volume and quality of blocks that could enter the Open Acreage program’s portfolio, the third cycle of the sale already features several major subsalt prospects, according to Ronan Avila, the ANP’s deputy superintendent for geologic and economic assessment. The six blocks included in the Open Acreage portfolio in the Santos Basin went unsold at the 16th bid round held in October 2019.

“The subsalt is available, today, in the Open Acreage program,” Avila said.

The smaller Aguia and Horto prospects, meanwhile, also hold an estimated 3.4 billion and 1.8 billion barrels in place, according to the ANP estimates.

The Santos Basin blocks were considered “high risk” because no wells have previously been drilled there, Avila said. The prospects were outlined in two-dimensional seismic surveys.

The proposal to further expand the blocks that can be included in the Open Acreage program underscored an official push for greater adoption of the model that first debuted in 2019. Under the Open Acreage program, a bid round is triggered by an oil company declaring interest in a specific block. That triggers a 90-day countdown to a public bidding session, with oil companies nominating additional blocks, areas or mature fields to be included.

“The Open Acreage model will likely be prioritized as the preference going forward,” Bastos said.