OilNOWLatest News and Information from the Oil and Gas sector in Guyana
More
ExplorationFeaturedNews
Updated: March 26, 2021 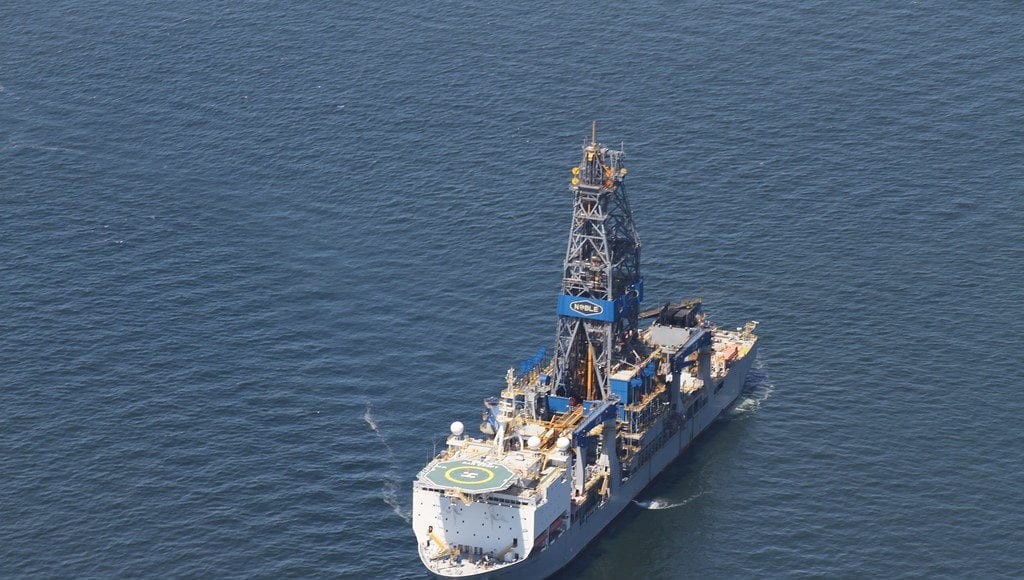 The Noble Sam Croft has arrived offshore Guyana taking the total number of drill ships on contract with ExxonMobil operating in the South American country to six.

The Sam Croft was recently released from drilling operations in neighbouring Suriname where it tested deeper intervals at the Keskesi East-1 prospect located at Block 58.

The Maritime Administration Department (MARAD) said in a notice that the rig will be at a staging area within the Stabroek Block until April 15 and will incorporate the use of several vessels.

“The staging area is situated approximately 59.8 nautical miles (110.8 kilometers) from the Coast of Guyana and covers an area of 0.29 square nautical miles (1 square kilometre) …” the MARAD notice said.

Exxon’s move to ramp up its drilling capacity offshore Guyana is to facilitate an aggressive exploration and appraisal campaign this year targeting 12 to 15 wells in a variety of play types. These include lower risk wells near existing discoveries, higher risk step-outs, and several penetrations that will test deeper Lower Campanian and Santonian intervals. The ramped-up programme will allow the Stabroek Block co-venturers to accelerate exploration and enable optimum sequencing of future developments.

The Stena DrillMAX is targeting appraisal drilling in the Longtail area, focusing on the lower Campanian and Santonian geologic intervals.

In April, Exxon will move to spud the Uaru-2 appraisal well utilizing the Noble Don Taylor drillship. Success here, and at Mako-2 which will be drilled later this year, could move the Mako/Uaru area forward in the development queue.