OilNOWLatest News and Information from the Oil and Gas sector in Guyana
More
FeaturedNews
Updated: June 28, 2021 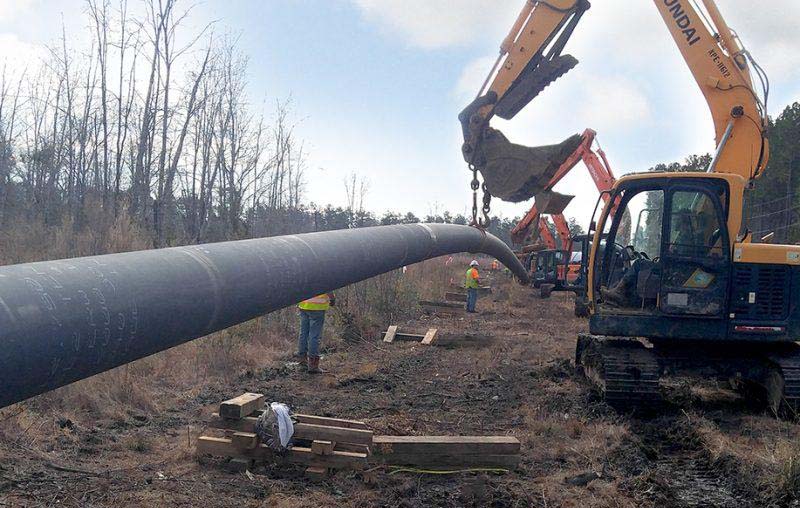 Authorities in Guyana are looking to ensure the infrastructure that is being built in partnership with ExxonMobil to deliver gas from the offshore Liza field can facilitate increased power generation as economic activity picks up and industry expands.

The Gas-to-Energy project includes the construction and operation of a pipeline from the Liza Phase 1 and Liza Phase 2 Floating, Production, Storage, and Offloading (FPSO) vessels to an onshore natural gas liquids (NGL) and natural gas processing plant (NGL Plant).

The pipeline will transport up to approximately 50 million standard cubic feet per day (MSCFD) of dry gas to the NGL Plant but has the capacity to deliver much more, as the need arises.

“The pipeline that we are talking about with the government will be a 12-inch pipeline, which will have a capacity of about 120 million to 130 million cubic feet per day,” Alistair Routledge, President of ExxonMobil Guyana said last week. “Only about 50 million is required for the power plant for 250MW so the remainder is for future expansion, either for power or for smaller scale industries.”

The NGL Plant will drop the pressure of the gas, dehydrate the gas, separate out propane, butane and pentanes+, and treat the gas to the specification to be received by a planned power plant.

The government has said it is planning to establish a massive industrial park to be housed at Wales, the site identified for the NGL Plant.

“So, the Government is focused on the Wales Development Area, which is a former sugar plantation area on the West Bank of the Demerara River where the gas to shore and the power plant will be an anchored development. But there are plans to do much more in that space both from a commercial and industrial perspective,” Routledge said.

According to the Gas-to-Energy project summary, of the sites assessed, it was determined that the Wales location is the most favorable candidate based on constructability, environmental, socioeconomic, and biodiversity perspectives.