OilNOWLatest News and Information from the Oil and Gas sector in Guyana
More
FeaturedNews
Updated: February 3, 2022 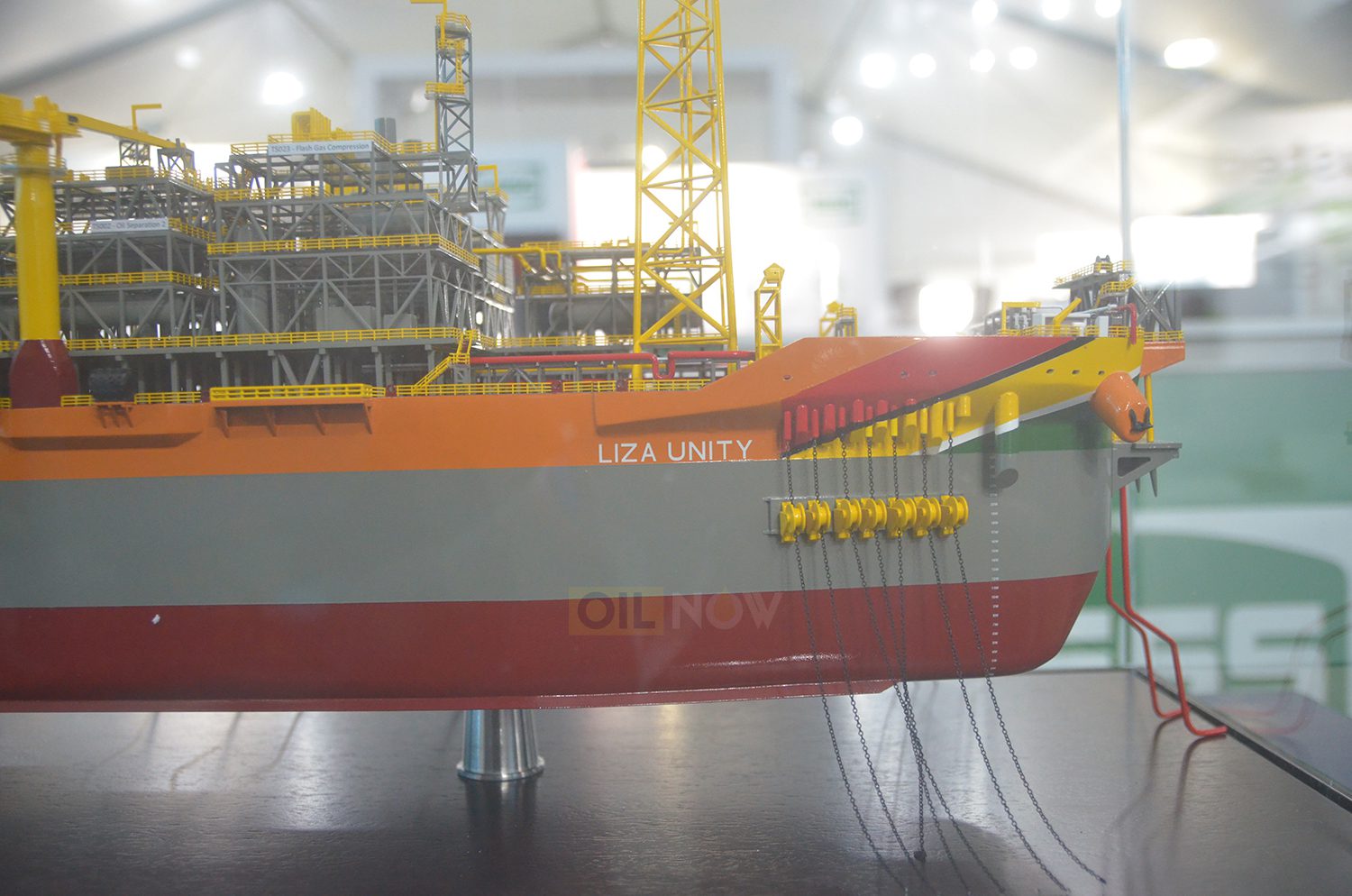 The Liza Unity Floating Production Storage and Offloading (FPSO) vessel is undergoing final hook-up and commissioning at the ExxonMobil-operated Stabroek Block offshore Guyana in preparation for the start of oil production at the Liza Phase 2 Development.

“Unity is on track to start production in the first quarter of 2022 with a capacity of approximately 220,000 gross barrels of oil per day,” Greg Hill, Chief Operating Officer at Hess Corporation told investors last week.

The Unity is nearly double the capacity of the Liza Destiny, which is 120,000 b/d. The Destiny began production in December 2019 and reached full capacity in late 2020.

When compared to the 17 wells drilled for Liza Phase 1, Phase 2 involves approximately 35-40 wells at two subsea drill centers consisting of a combination of producers and injectors to support production of oil, injection of water and reinjection of associated gas.

OilNOW undersatnds that by the third quarter of this year the vessel is expected to reach full capacity.

“We will have 19 wells available at startup. Those are all ready to go. All the risers have been recovered so they are hooked up…,” Hill said, adding that a few risers are still to be commissioned.

The Liza Unity is the world’s first FPSO to be awarded the SUSTAIN-1 notation by the American Bureau of Shipping (ABS) – the Classification Society for the unit – for sustainability for its design, documentation and operational procedures. This means that the design and construction of the unit is assessed against and adheres to the requirements of the ABS Guide for Sustainability Notations, aligned with the applicable United Nations Sustainable Development Goals (SDGs).

Christened by Guyana’s First Lady Arya Ali last year, the Liza Unity arrived offshore the South America in October after traveling nearly 53 days and more than 11,000 nautical miles on its journey from Singapore.