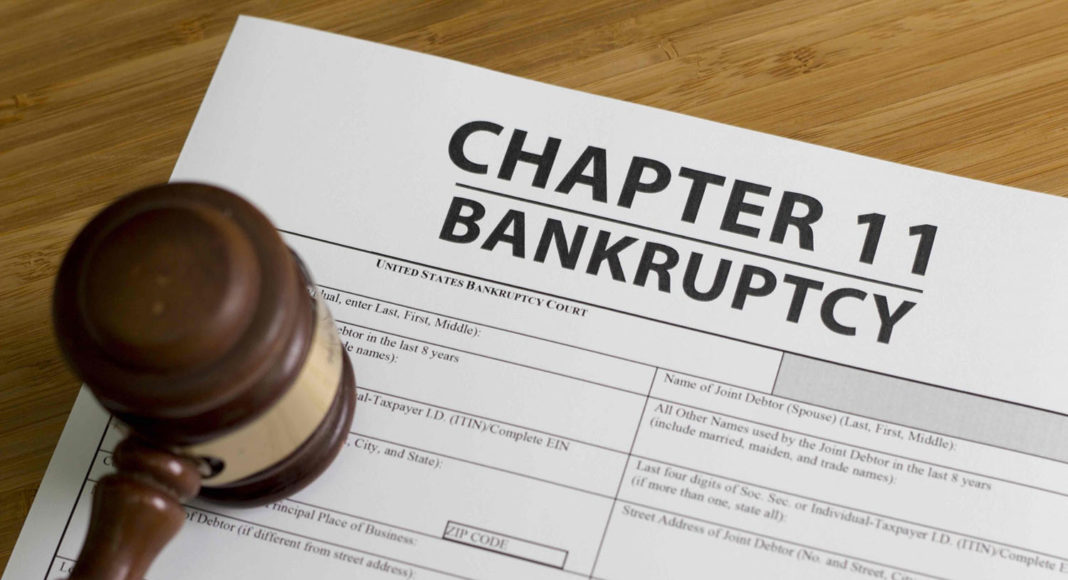 The combined debt of North American Exploration & Production (E&P) and oilfield service companies that filed for Chapter 11 bankruptcy protection last year jumped to $102 billion, surpassing the $100 billion mark for the first time, a Rystad Energy analysis of Haynes and Boone data shows. While the number of filings was lower than in the 2016 downturn, the average debt of the 108 companies that filed for Chapter 11 was almost twice as high at a record $940 million.

Last year was arguably the most devastating year in history for the North American oil and gas industry, Rystad Energy said. Even so, the consultancy group’s analysis concluded that 2020’s round of Chapter 11 filings fast-tracked an overdue reduction in the number of market participants by removing troubled companies and allowing their healthier competitors to remain in the playing field.

A recovery in WTI prices in the last three months of 2020 helped slow down the number of Chapter 11 filings. If the current oil price level of almost $53 WTI persists in 2021, Rystad Energy expects the filings count to normalize again and sink to pre-pandemic standards, reaching around 26 E&P cases this year and 22 in 2022, down from 46 filings in 2020 and similar to 2017–2018 levels.

“In essence, nearly all public E&P producers are now positioned to navigate 2021 without significant bankruptcy risks. Nevertheless, regardless of the upcycle, we should keep in mind that a certain number of Chapter 11 E&P cases is normal and should be viewed as an integral part of the oil and gas business,“ says Artem Abramov, Head of Shale Research at Rystad Energy.

Last year’s total Chapter 11 debt for E&P companies fell around $600 million short of the number recorded in 2016, at $56.2 billion vs $56.8 billion. However, the average debt per company reached a record high of $1.2 billion last year, indicating that the average size of the filings increased substantially between 2017 and 2020.

“A significant part of last year’s E&P Chapter 11 activity was the result of a trend that started in 2019, when we saw a massive change in the standard US E&P business model with reduced availability of capital,” Rystad Energy said. “This contributed to early Chapter 11 filings by companies dealing with a challenging trade-off between shoring up their balance sheet and securing funds for operations.”

The coronavirus pandemic accelerated the transformation of the industry by fast-tracking some Chapter 11 cases that would have happened even without the market downturn and tested the balance sheet strength even of companies that felt relatively secure in early 2020.

On the oilfield services side, Rystad Energy said total Chapter 11 debt in the 62 filings made in 2020 ended up at $45 billion, surpassing by a wide margin the previous record of $35 billion set in 2017. A large contribution to this number came from major offshore drillers, including Diamond, Noble, Valaris and Seadrill Partners.

Noble said in the latter part of last year that the ultra-deepwater drillship Noble Tom Madden has been awarded approximately 6.5 years of additional contract term under the Commercial Enabling Agreement (CEA) with ExxonMobil for work offshore Guyana.

On a positive note, Chapter 11 activity for North American oil and gas players had already calmed down quite a bit in the final three months of last year. The total monthly Chapter 11 debt has remained below $6.2 billion since September 2020, for both OFS and E&Ps combined.

A large number of companies were saved by the improvement in market fundamentals. Rystad Energy said they can feel even more comfortable about their ability to avoid seeking Chapter 11 protection in 2021, as WTI trades above $53 per barrel and activity metrics are trending upwards. The latest major additions to last year’s Chapter 11 activity were filings in early December by Seadrill Partners and Superior Energy Services.

“With WTI at $53, the industry is getting back to a normal operations mode. It is also important to keep in mind that the companies with the weakest balance sheets have already filed for bankruptcy. If anything, improved market fundamentals will accelerate the restructuring process that started in 2020 and some E&Ps might return to business faster in 2021,” Abramov concludes.

The average debt size of the E&P companies projected to file for bankruptcy protection in 2021–2022 will be dramatically lower than the average seen in 2020. Rystad Energy said total debt behind Chapter 11 E&P filings is therefore expected to fall from $56 billion in 2020 to $10 billion–$13 billion per year in 2021–2022 – clear evidence that the industry is benefiting from an upcycle in the market.