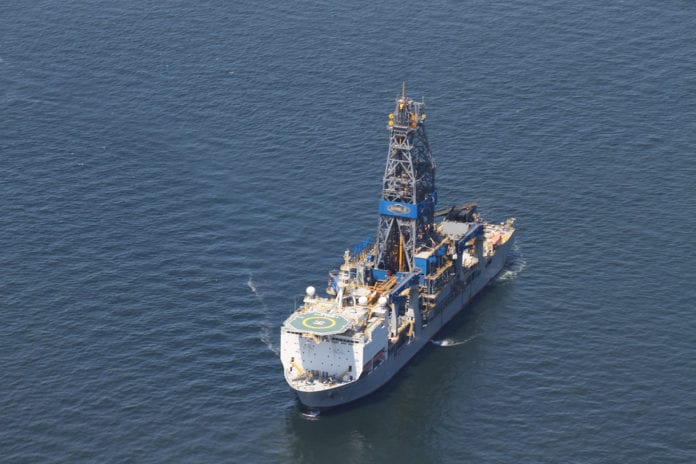 (Bloomberg) Apache Corp. proved skeptics wrong with a major discovery off the northeast coast of South America, a hotly anticipated oil target that investors had feared would be another flop for the U.S. producer.

The update on the Maka Central-1 well in Suriname offers a path forward for Apache, which had fallen out of favor with investors after the company’s Alpine High project in the Permian Basin of West Texas ended up being richer in natural gas than more-valuable oil. Apache surged 27% in New York, the most in at least four decades, after the Houston-based explorer and new partner Total SA announced the find Tuesday.

Suriname success “could be transformational for a company that has been a laggard since its last major discovery, Alpine High, fell short of expectations amid weak Permian natural gas prices,” Stifel Financial Corp. analysts said in a note to clients.

The cost of protecting Apache’s credit against default fell and prices for the company’s bonds rose on the Suriname announcement.

The discovery eases concerns that the fate of Apache’s Suriname program would mirror that of Alpine High, a project in a little-drilled corner of the Permian which the company announced to much fanfare in 2016.

Suriname jitters reached a fever pitch last year after the company’s head of exploration abruptly departed, a move that sent shares plunging even as Apache insisted it was unrelated to the Maka Central-1 results. A month-and-a-half later, Apache released a vague update on Suriname that spooked investors who thought the company was continuing to drill because its initial activities had been unsuccessful.

“This appears to be a significant discovery and should be viewed very positively,” RBC Capital Markets analysts said . Bank of America upgraded the stock to buy from hold and said the discovery could be a “game changer for the investment case,” while JPMorgan Chase & Co. upgraded it to hold.

Apache announced its 50-50 joint venture with Total for Suriname’s Block 58 at the end of last year, days after Exxon Mobil Corp. and Hess Corp. started commercial production in Guyanese waters. The Guyana-Suriname basin along the north coast of South America is emerging as the oil industry’s hottest exploration play as investors cool on U.S. shale and the appetite for fresh offshore discoveries grows.

Apache didn’t quantify its expectations for how much the Suriname play could produce, though analysts at Credit Suisse AG said the current share price signals investors expect a gross oil resource of 1.45 billion to 1.78 billion barrels of oil equivalent for Block 58.

“While some good news had undoubtedly been baked in post the Total partnership announcement, we expect the stock to react well today as this discovery and the potential success of additional prospects could secure oil resource growth for years to come,” analysts at Tudor, Pickering, Holt & Co. said.

The announcement that the Maka Central-1 well in offshore Suriname successfully tested for hydrocarbons should temper near-term negative sentiment from the departure of Apache’s head of exploration, along with the dearth of information on the exploration well. The farm-out to Total alleviates risk, aids financing for the project and adds deepwater expertise.