OilNOWLatest News and Information from the Oil and Gas sector in Guyana
More
FeaturedNews
Updated: July 8, 2020 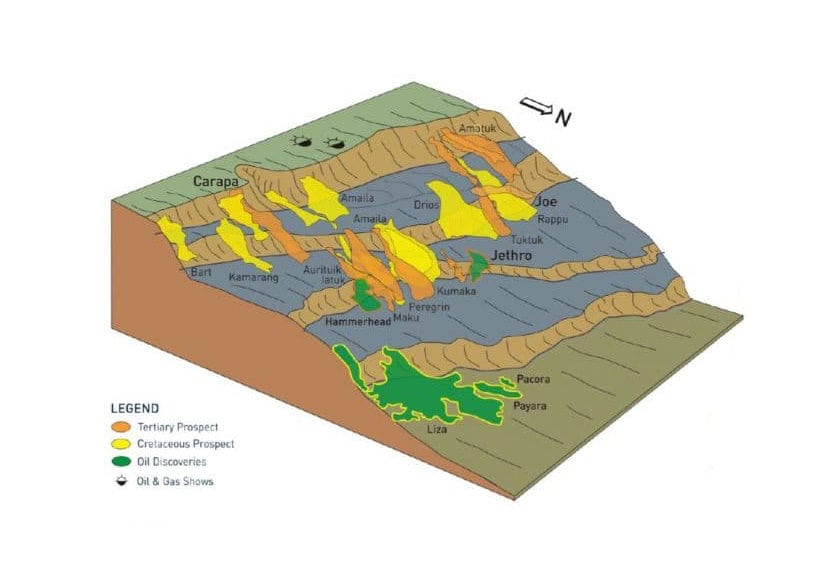 Even though the market has expressed disappointment in the heavy oil found in the Jethro and Joe wells at the Orinduik block, it should bear in mind that three-quarter of the prospects are in the Cretaceous play says Gil Holzman, Chief Executive Officer of Eco Atlantic, a junior partner on the block.

During an interview with Proactive Investors, Holzman was keen to remind that the majority of ExxonMobil’s sweet, light crude at the Stabroek Block was discovered in the Cretaceous play. Given the geology of the potential targets at Orinduik, he said that the partners, Total and Tullow, predict that there is three billion barrels worth of cretaceous light oil. He stressed that this will be the focus of the partners’ drilling programme next year.

The CEO said, “We filed financial statements and they show we have a very strong balance sheet…We are fully funded to drill three to four wells next year in Cretaceous or for appraisal of the Jethro discovery which we believe could be commercial. The exact drilling programme will be decided by partners and we will advise the market accordingly…”

Holzman added that tests are still being done to determine the way forward with the heavy oil discovery, particularly as it relates to its commerciality. On this note, he was asked to say why the partners did not wait for all the information before coming to the market. The CEO was quick to point out however that as a public company, Eco is required to make any information it has on these matters known to its shareholders. He also noted that Tullow, the Operator of the block, has been doing a good job in terms of discovering the oil and communicating with the market.

“These kind of laboratory tests take up to six months and Tullow, when they got a more confident view about the quality of the oil, they went out immediately and told the market about the quality. We couldn’t keep on with the analysis without informing the market and I am happy we are transparent and open with the market,” the Chief Executive Officer stated.

He gave all assurances that the partners will provide more details on its Jethro and Joe discoveries as the analysis nears its end.