Allowing resource revenues to be good for the emerging Guyanese economy 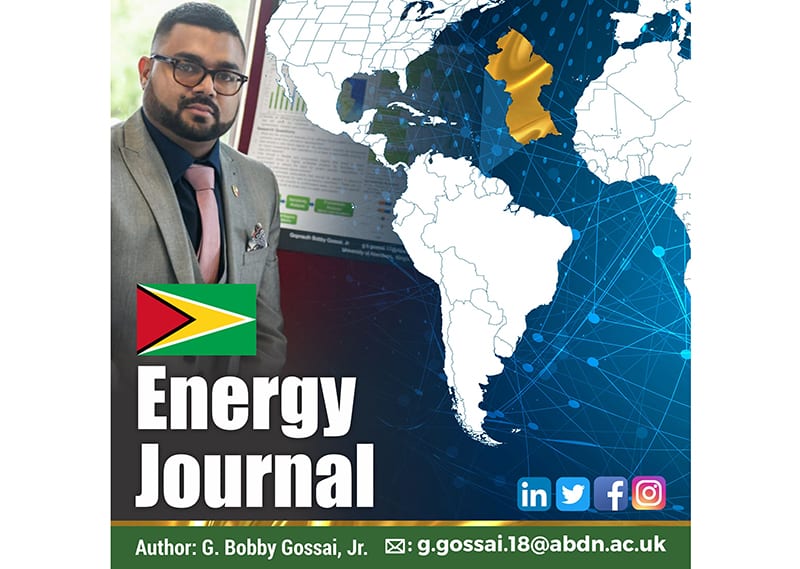 The relaxing of COVID-19 lockdown measures is resulting in more vehicles taking to the roads and this is driving...
Read more

SBM Offshore on Wednesday announced the closure of a US$600 million bridge loan facility for the financing of the...
Read more
Bobby Gossai, Jr.
Bobby Gossai, Jr. is currently pursuing the Degree of Doctor of Philosophy in Economics at the University of Aberdeen with a research focus on Fiscal Policies and Regulations for an Emerging Petroleum Producing Country. He completed his MSc (Econ) in Petroleum, Energy Economics and Finance from the same institution, and also holds an MSC in Economics from the University of the West Indies. Mr. Gossai, Jr.’s professional experiences include being the head of the Guyana Oil and Gas Association and senior policy analyst and advisor at the Ministry of Natural Resources and Environment.

There is economic logic in the argument that resource revenues can improve a country’s growth prospects, potentially unleashing a trend towards higher levels of income, savings and investment. Resource-curse studies have tended to focus on negative outcomes and to pose the question of how extractive-sector development contributed to those outcomes. Nonetheless, a more useful approach may be to ask why the extractive sector has in many cases failed to become the leading sector, thereby serving as the engine to improve opportunities and growth in other parts of the economy. The answer might help better an inform emerging country like Guyana; hoping that oil and gas will become its leading development sectors.

Through such an approach, the focus must be on what will be the outcome, once revenues are been well managed. Recognizing indicators of progress or lack of it demands careful thought. Conventional approaches involve empirical testing based on an assessment of the economic performance (say, Gross Domestic Product growth) of such countries and drawing comparisons with countries without extractive revenues that can act as a benchmark. If the performance of the former falls below that of the latter, this indicates an attack of the resource curse. Non-macroeconomic symptoms of the curse include a growing wealth gap, an increase in conflict related to the extractive sector and declining rankings on democracy and transparency indices.

However, GDP growth is a poor indicator of the contribution of the sector to the rest of the economy.

The key point here is that revenue from extractives is not income. Rather, it is simply reshuffling the country’s portfolio of assets. Or, to be more precise, exchanging below-ground resource assets for above-ground cash assets. This makes it very difficult to test the sector’s contribution to the rest of the economy, as is the case for all counter-factual arguments, (i.e. what might have been if ‘X’ had happened rather than ‘Y’).

Two arguments support expectations that resource revenues will have a positive impact. The first is a simple, common-sense argument based on the idea that while money cannot buy happiness, it is, at least, a good down payment. According to this argument, if a country is poor, money should be of help to it. The second argument is based on economic theory. At its simplest level, it can be expressed in terms of the ‘circle of poverty’. Thus, low income leads to a low level of savings, which, in turn, leads to low investment, which, in turn, leads to low income. In theory, higher income generated by extractive revenues should lead to higher investment and, hence, in what is a virtuous spiral, higher income and savings (Perroux 1983). More sophisticated economic arguments are based on the Harrod-Domar growth models and dual gap analysis. The former emphasizes the key role of investment in growth, while the latter is based on the argument that increased savings may not lead to higher investment because the savings are in the national currency, and investment requires hard (i.e. convertible) currency. Extractive revenues are invariably paid in convertible currency.

The above arguments suggest that the effects of the ‘resource curse’ could be summed up as a missed opportunity to channel foreign investment into the extractive sector and windfalls from resource exports towards growth, thereby reducing poverty. This assertion can be framed in a slightly different way in order to open up a fruitful area for further analysis – namely, that of ‘leading development sectors’ or ‘growth poles’, which are threads running through the development of ideas related to economic history (Rostow 1963). Examples of a specific sector of the economy leading the charge – in effect, picking up the rest of the economy by its bootstraps – include textiles in Great Britain during the Industrial Revolution and railways in the US during the nineteenth century. In both cases, there were abundant natural resources at the time when these ‘leading development sectors’ emerged.

A possible way around this difficulty is to assess how far the country has been able to diversify its economy away from the extractive sector. A country that has succeeded in diversifying might be said to have avoided the curse and benefited from its natural resources. The key to true diversification is to use the ‘new’ asset – i.e. US dollars – to create a stream of income that continues to flow when resources are exhausted. This means that, ideally, the benchmark would indicate what percentage of the resource revenue had been transferred to productive activities in the rest of the economy.

The logic of this argument can be seen a production profile based on an oil or gas discovery and, by implication, its revenue profile. This basic model would apply to all belowground resources in countries in which such resources made a significant contribution to government revenue. As production increases initially, revenue should be used to promote development. By the time production reaches a plateau, the economy should be in transition from an extractives-dependent economy to a diversified one. Eventually, production will fall as a result of the depletion of resources (Mitchell and Stevens 2008).

In terms of exports this is reinforced in the case of oil and gas as domestic consumption of energy and industry inputs based on those fuels rise. If an alternative income-generating asset has not been created by the time the export decline begins, the rest of the economy’s dependence on the extractive resource becomes unsustainable.

To determine whether Guyana will be ‘on track’ with diversification, the results of the economy will have to be assessed not only in the context of its resource-depletion timeframe, but also against price projections for its exports. As prices are impossible to predict, it would be prudent for Guyana, which may become highly dependent on hydrocarbon revenues; to prepare for the worst.

High capital spending on large-scale projects is often a feature of an economy dependent on oil and gas exports. Such spending fosters short-term growth in sectors such as construction and business tourism and has implications for how to understand fluctuations in the non-hydrocarbon economy.

There is a problem if ‘diversification’ is based on a sector that has been highly subsidised as a result of government protectionism. The ‘infant industry’ arguments imply that unless the infant grows up rapidly and is able to compete in global markets without protection, diversification will be unsustainable. The growth of such industries, as well as the number of jobs they create, can be negatively affected by increasing losses in physical inputs. Thus, it is the share of sector output that is globally competitive which provides the critical measure of successful resource-based diversification.

Another approach is to examine the deployment of resource rent to ascertain whether it is depleting the total stock of assets. Environmental domestic product is GDP less consumption of fixed assets and resource depletion. A negative balance would indicate that it is natural-resource consumption, rather than sustainable conversion into other forms of capital, that can maintain economic growth when the natural resource is depleted (World Bank 2011).

The non-hydrocarbon deficit measures provide at least a starting point for understanding linkages between the sector and the rest of the economy. They indicate how countries might have done better or when they are heading in the wrong direction.

Clearly, diversification of the economy away from the resource sector over an appropriate timeframe is key. Though an imperfect means of measurement, the non-hydrocarbon fiscal and current account deficits can be taken to calculate dependence on the sector along with other factors such as the level of direct and indirect subsidies and the amount of direct publicly funded investment the various sectors receive. On the basis of such figures, it can be determined if such subsidies and investment are diminishing over time as growth in those sectors becomes more self-sustaining.

Then there is the question of what contribution the sector can make to diversification. Creating backward and forward linkages with the rest of the economy and ‘reshuffling assets’ are two concepts that remain salient for today’s resource-holders. On the basis of those concepts, extractive revenues should not be viewed as income to be consumed. Rather, they are to be seen as representing a reshuffling of the national portfolio of assets. Converting extractive resources below ground into money above ground raises key questions about how the money can be deployed to create productive assets for the future. These concepts suggest that more economic and governance capacity needs to be in place before investment begins in the extractive project in order that investment and the eventual revenues from it generate real benefits to the rest of the economy and, ultimately, sustainable diversification in line with the lifetime and marketability of the resource.

The relaxing of COVID-19 lockdown measures is resulting in more vehicles taking to the roads and this is driving...
Read more
News

(Reuters) - Exxon Mobil Corp’s oil and gas producing and refining businesses will report operating losses in the second quarter, it said in a...
Read more
News

SBM Offshore on Wednesday announced the closure of a US$600 million bridge loan facility for the financing of the construction of FPSO Sepetiba, to be...
Read more
News

The Georgetown Chamber of Commerce and Industry (GCCI) on Thursday bid farewell to President of ExxonMobil Guyana, Rod Henson, who will be leaving to...
Read more
News

SBM Offshore on Wednesday announced the closure of a US$600 million bridge loan facility for the financing of the construction of FPSO Sepetiba, to be...
Read more