OilNOWLatest News and Information from the Oil and Gas sector in Guyana
More
FeaturedNews
Updated: March 26, 2022

As barrels build up in Suriname, calls for creation of oil fund will increase – Rystad Energy 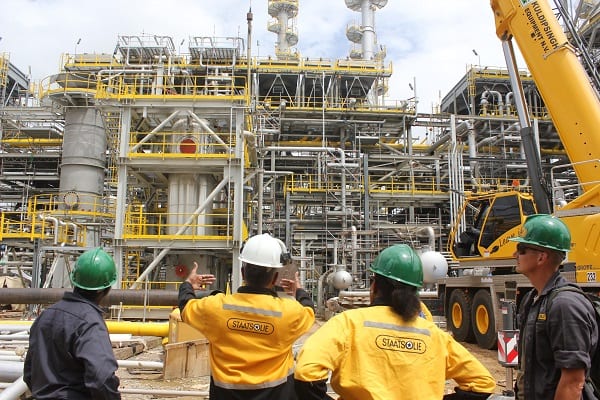 Suriname has taken another stride towards rivaling emerging hydrocarbons powerhouse and neighbor Guyana after TotalEnergies revealed yet another oil and gas discovery on Block 58, its fifth on the prolific tract and Suriname’s sixth offshore, Rystad Energy said in a recent analysis. The French major and US independent partner Apache have hit pay at the Krabdagu-1 wildcat, extending a string of exploration successes broken only by an uncommercial find at the Bonboni probe late last year.

The Norway-based energy research and business intelligence company said these finds, together with the Sloanea discovery on Block 52 by operator Petronas and partner ExxonMobil, will increase calls for Suriname to create a sovereign wealth fund. This is to reap the benefits from future oil and gas production which will help to bolster a flagging economy and improve living conditions for citizens.

The Krabdagu-1 well was drilled in 780 meters of water east of the Keskesi discovery towards the eastern boundary of Block 58, flanking Petronas’s Block 52. The wildcat well, as with other wells on the block, was targeting multiple stacked reservoirs within the Maastrichtian and the Campanian intervals and is communicated to have encountered about 90 meters of good quality net oil pay.

The one failure on Block 58, Bonboni-1, was drilled towards the northern part of the block, away from the strike line of the other discoveries. Rystad Energy said the uncommercial well was, however, the first exploration effort to prove the hydrocarbon prospectivity towards unchartered terrain.