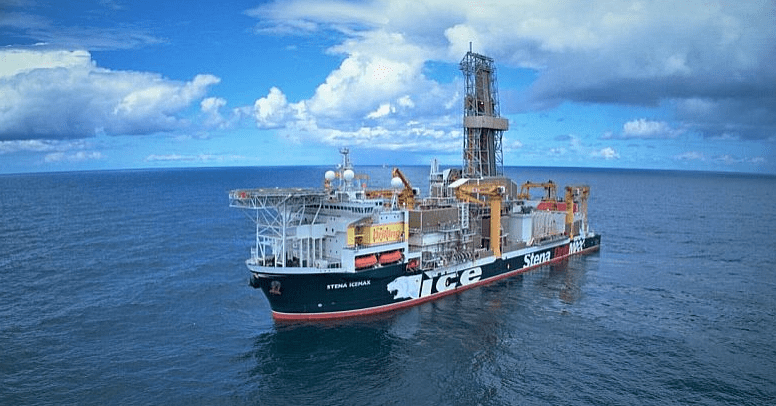 The Perseverance #1 well in The Bahamas did not encounter hydrocarbons in commercial quantities, Bahamas Petroleum Company (BPC) announced on Monday. The well reached a depth of approximately 3,900 meters without incident and will now be permanently plugged and abandoned. It was spudded by the Stena IceMAX drill ship.

BPC said over the coming weeks it will undertake a detailed evaluation of all technical information gathered during drilling. In this context, the company will review the appropriate way forward for future monetisation of its business in The Bahamas, in particular with a view to renewal of a farm-in process.

“I am proud to say that after many years of diligent effort we did what we said we would do: BPC drilled the Perseverance #1 well safely and without incident, testing for the presence of hydrocarbons in the Southern Seas of The Bahamas. This was the very specific objective of the well – not a scientific or geologic experiment, but to seek hydrocarbons in commercial quantities,” said Simon Potter, CEO of BPC.

He said in a technical sense, the well successfully validated the existence of oil, seal, and reservoir.

“Together, these factors verify the existence of a working Lower Cretaceous petroleum system and sequences of reservoir quality within the Aptian, pointing to the overall hydrocarbon potential of other untested prospects captured by BPC’s extensive acreage holding. However, at the Perseverance #1 location the volumes of oil encountered are not commercial,” Potter stated.

Perseverance #1 is the first exploration well in The Bahamas for decades, and the data gathered from this well will prove invaluable in providing a modern analysis as to the regional potential of the petroleum system, the CEO pointed out, noting that in BPC’s view, this reduces technical risk for any future/further exploration in this new frontier province.

“The Company will proceed to undertake a comprehensive evaluation of the data derived from the well, as we believe the results provide a sound technical basis for renewed farm-in discussions,” he stated.

The drilling of the Perseverance #1 exploration well in The Bahamas commenced on December 20, 2020 and continued through February 7, 2021. Pre-drill, the well design allowed for a target depth of 4,800 meters across multiple potential reservoir horizons continuously through the Albian and Aptian aged stratigraphies, targeting P50 prospective oil resources of 0.77 billion barrels, with an upside of 1.44 billion barrels.

As of 6 February 2021, the well had reached a total depth of just over 3,900 meters. In reaching this depth, the well passed through multiple targeted reservoir sections in both the Albian and Upper and Mid Aptian horizons, which cumulatively accounted for approximately 70% of the total pre-drill prospective volume estimates.

Depth and thickness of reservoir sections encountered were generally as prognosed pre-drill, and reservoir porosity was likewise generally in line with pre-drill expectations (in the range of 10% – 20%).

Hydrocarbons were encountered at various horizons, indicated by elevated gas chromatography readings detected continually during drilling, generally increasing with depth and through the deeper Aptian reservoir column in particular. Oil was identified from high oil saturation values from logs in a number of reservoir sections thus verifying the existence of a working Lower Cretaceous petroleum system and reservoir quality sequences in the Aptian.

Given that the totality of the reservoir sections evaluated to 3,900 metres represented the majority (approximately 70%) of the total estimated prospective volumes, the lack of hydrocarbons in demonstrably commercial volumes led to the decision to TD the well at that point.

Potter said elsewhere in BPC’s portfolio, the company has producing oil fields in Trinidad and in combination with assets in Suriname, there are upcoming drilling programmes scheduled in 2021. Near-term operational activity focus will now shift toward those activities, he said.

Facebook
Twitter
WhatsApp
Linkedin
Email
Previous articleWorld on track to run out of sufficient oil supplies, Rystad Energy analysis shows
Next articleBrent edges past $60 to reach highest point in over a year

First exploration well to be drilled in Bahamas next year