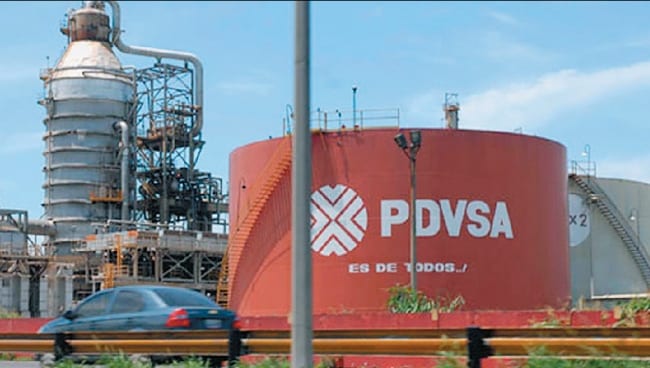 Belize Energy Limited (Apbel) will not purchase any oil derived product within Petrocaribe’s framework. The company made this announcement on September 17, after alleging the escalation of issues from PDVSA due to a breach of contract.

“We are indeed very grateful to the Bolivarian Republic of Venezuela and PDVSA on their attempts of fulfilling the contract within Petrocaribe’s framework, but it is not worth the effort under these specific circumstances,” stated Apbel in a notice.

Luis Oliveros, an economist expert in oil related topics, explains that declarations given by the Central-American country outlines the incapacity of PDVSA to sustain oil and oil derived products’ shipments. “On Belize decision two aspects had a major influence: the first one is the reputational risk. Most likely the Government of this country is analyzing whether it is convenient or not to undertake businesses with Venezuela’s Government, which has strongly being questioned for human rights violations. The second factor is related to its incapability of shipping oil,” he explained.

Oliveros accentuate that the drop of oil shipments of PDVSA to Petrocaribe has been pointed out in PDVSA’s 2016 Financial Report. “Shipments made by Venezuela to the countries within the Energy Cooperation Agreements have decreased 34% between 2015 and 2016. If we compare this to 2014, the drop is of 52%. All shipments that are not made to these countries can be sold to other markets and get quick cash,” he stated.

Reduction of shipments is due to the collapse in production that PDVSA is currently facing. On the monthly report of the Organization of Petroleum-Exporting Countries (OPEC), PDVSA is only producing 1,918,000 barrels on a daily basis. This means that despite Venezuela having 24.8% of the world oil reserve, it is at the sixth position as a major exporter among fourteen other countries. In 2001, Venezuela was second and Saudi Arabia number one.

The fact that Belize will not purchase anymore from PDVSA, represents a favourable aspect for Venezuela since it reduces the amount of oil and oil derived products that the country has to supply to Petrocaribe under a preferential payment conditions.

“Nevertheless, the political impact of this decision sits on the reduced support or influence Venezuela could have had on countries within Petrocaribe, meaning they will not feel inclined anymore to support Venezuela under international scenarios,” explained Rafael Quiroz, economist and expert in oil related topics.

Maduro holds talks with U.S. creditors in a push to end...

Venezuelans go the polls in an election widely seen as a...