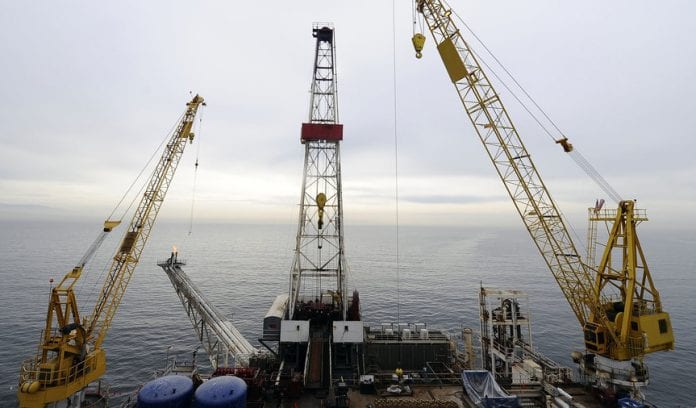 (The Wall Street Journal) The world’s biggest oil companies are awash in cash, thanks to rising crude prices. But few, if any, are going on spending sprees, even as the prospect of a global oil shortage looms.

Western energy giants including Exxon Mobil Corp., Chevron Corp. and Royal Dutch Shell  PLC just posted their best first-quarter profits in years, with most besting a time when crude sold for more than $100 a barrel.

Yet despite a 50% surge in prices since last year, drilling budgets at the largest oil-and-gas companies are up only about 7%, according to consultancy Wood Mackenzie.

Large publicly traded oil companies are moving carefully because they are under pressure from investors after spending heavily over the past decade when prices were higher, only to generate underwhelming returns.

“The newfound religion and confidence in the sector is, to say the least, fragile,” said Shell Chief Executive Ben van Beurden. “We’ll need to show a little longer that we actually mean what we say in terms of capital discipline.”

By contrast, smaller U.S. shale producers—especially those backed by private equity—have seized on the opportunity to ramp up drilling and gain market share.

Two years ago, the top 30 U.S. companies accounted for almost 64% of production. That percentage has fallen to 60% this year, according to consultancy Rystad Energy.

“Big companies are still cutting coupons to show that they can live within their means,” said Adam Flikerski, managing partner at BlackGold Capital Management LP, an asset manager that specializes in oil and gas lending. “Like technology companies, the smaller players are still rewarded for growth.”

The wary response from the world’s biggest producers comes as a global oil glut that has hung over the industry for the past four years finally appears to be withering away. Without stepped-up spending on new oil production, the International Energy Agency warns, the world could flip from abundance to supply crunch by 2020.

A lack of investment is “potentially storing up trouble for the future,” the Paris-based agency said last month.

Still, many investors in publicly traded oil and gas producers are pressing executives not to sow the seeds of another price crash with excessive growth. Their apathy about oil’s rally has shown.

While the price of Brent crude, the international oil benchmark, is up around 11% this year, a leading barometer of energy stocks, the MSCI World Energy Index, is only up around 4%. A number of companies have performed even worse. Exxon is down 3.9%.

The pace of share buybacks has been a key factor for performance so far. ConocoPhillips shares rose 3% Thursday after the company disclosed it had repurchased about $500 million in stock, as it reported that quarterly profits jumped 52% to $888 million.

Exxon fell 3.4% Friday after announcing that it has not yet reinstated its longstanding program for buying back shares. Although the company posted its highest cash flow since 2014, it still fell short of analyst expectations for the second straight quarter. Profits rose 16% to $4.65 billion compared with the first three months of last year, but production fell after an earthquake in Papua New Guinea knocked out natural gas production in the country. Revenue rose 16% to $68 billion.

Chevron’s stock rose 1.8% Friday after the company’s profits beat expectations, and it reported revenue surged 13% to about $38 billion.

Shell’s U.K. shares on Thursday fell 0.7% after the company missed cash flow expectations and failed to give more clarity on when it would begin buying back $25 billion in stock, as it reported quarterly profits rose by two-thirds to nearly $6 billion.

Chevron’s stock rose 1.8% Friday after the company said first-quarter profits were $3.6 billion, up 36% from a year ago.

France’s Total SA announced a 3.2% dividend increase Thursday. Chief Executive Patrick Pouyanne said the company will use the excess cash it rakes in with oil above $70 a barrel to reward shareholders with higher dividends and share buybacks.

“Some of you may be worried about the financial discipline, but I can tell you we keep in mind the discipline,” Mr. Pouyanne told analysts.

The spending constraints aren’t so restrictive that the biggest companies are avoiding new developments completely. BP PLC, which reports earnings next week, sanctioned several new projects this month, including the second project in a $6 billion natural gas development in India.

Earlier this week, Shell announced plans for a new deep water project in the Gulf of Mexico. Exxon may take a final investment decision later this year on a new facility to manufacture polypropylene, a widely used form of plastic.

One reason for caution among larger companies is that some analysts, investors and executives still lack faith that crude prices will remain elevated through the end of the year.

Smaller U.S. producers are exercising less caution, as many of them still have business models akin to startups’. They must invest in new wells to prove the viability of new prospects.

Those companies are a major reason why forecasters say U.S. oil output may reach 11 million barrels a day by the end of the year, surpassing the output of Saudi Arabia.

In February, companies that aren’t among the top U.S. crude producers made up almost half the permits approved for new drilling, according to data and analytics firm DrillingInfo. In the past six months, those operators accounted for about 42% of permits. Permits are generally a useful barometer for future drilling activity.

Many such companies will be affected by shortages in labor and trucking, as well as pipeline bottlenecks in the Permian basin in West Texas and New Mexico, the heart of U.S. drilling activity. Those challenges could curtail production by about 400,000 barrels a day, but output will continue surging as many companies have secured the supplies and contracts needed to meet their goals, said Artem Abramov, vice president of analysis at analytics firm Rystad.

“We’ve got a completely new generation of small, private players with very ambitious growth plans in the Permian basin,” he said. “Those plans will continue.”

Shared vision for oil money will open pathway to prosperity