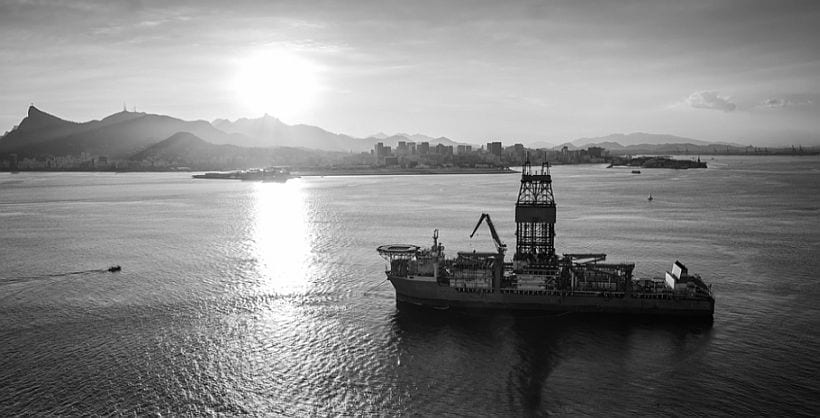 The search for hydrocarbons at the Bulletwood-1 prospect offshore Guyana on the Canje Block is still ongoing and could...
Read more

Exxon Mobil Corp. could take a pass on what it considers the world’s top deep-water oil discovery when Brazil puts the giant Buzios field up for auction next week, Bloomberg said in a report on Thursday.

The Irving, Texas-based oil titan already has a large portfolio of offshore Brazil blocks it built up in recent years when access to one of the world’s hottest exploration regions was more affordable, Stephen Greenlee, Exxon’s president of exploration, said in an interview in Rio de Janeiro. The company needs to weigh Buzios against opportunities such as U.S. shale, other deep-water regions and liquefied natural gas projects, he said, according to the Bloomberg report.

“Whether or not we participate, it would be wrapped up in how we would see that opportunity versus all the other investment options, because there are a lot of investment options out there right now,” said Greenlee, who traveled to Brazil to participate in the Offshore Technology Conference. “If you ask my counterparts in other companies, they would give you the same deal. It’s a very, very unique opportunity but it has to fit in with everything else.”

Brazil’s planned sale of oil exploration and production licenses on Nov. 6, known as the Transfer of Rights, is the largest offering of discovered oil reserves since Iraq opened up in 2009, according to Wood Mackenzie. But access isn’t cheap. The four oil fields for sale in the so-called pre-salt region could cost more than $50 billion.

Bloomberg said Exxon isn’t the only oil major to express concern about the cost. Total SA, Repsol SA and BP Plc have said they don’t plan to participate. If bidders pledge more than the minimum terms, the returns on investment could be reduced to the single digits, Wood Mackenzie said. The research firm estimates production from the four areas could reach 1.4 million barrels a day by 2030.

This comes at a time when Exxon and co-venturers Hess and CNOOC are making record multi-billion-barrel oil discoveries offshore Guyana under favourable terms. Exxon will begin producing oil at the giant Liza field in the prolific Stabroek Block offshore Guyana, in December.

The Guyana government, criticized for the terms outlined in the PSA with Exxon, has said that being a frontier is exactly why offering favourable terms is needed to attract and keep major investors in its emerging petroleum industry.

Exxon’s posture in Brazil and that of other oil companies to this upcoming auction shows that there indeed needs to be a delicate balance between offering favourable terms and also ensuring the country gets a fair take from its resources. As things stand, Guyana is set to earn billions of dollars from its offshore resources over the coming decades which has the potential to transform the tiny nation of just over 750,000 people.

Still, Greenlee described Buzios as the “largest and most prolific” deep-water discovery ever, and is in a country with a proven track record for respecting contracts, and that to take it on would be a “big deal for any company.”

The deep-sea deposits could hold 15 billion barrels of oil, almost twice as much as Norway’s reserves. Winners are expected to pay $25 billion in licensing fees and share a portion of their production with the government. In addition, they will need to negotiate payments to Petrobras for investments it has already made in the area that could add another $25 billion or more, government officials with knowledge of the matter have said.

“The Transfer of Rights would be a big bite were we to participate in that,” said Greenlee. “It’s a great opportunity, very expensive, because you have to pay the bonus and the compensation payment back to Petrobras.”

There are limits to what Exxon can spend. While the company is ramping up capital spending more aggressively than its four rival Western supermajors, it has already committed to investing more than $30 billion a year on a vast array of projects from offshore oil in Guyana to petrochemicals in Singapore. As such, Exxon is barely able to cover dividends with its free cash flow. The stock has plunged almost 25% since CEO Darren Woods took charge at the beginning of 2017, underperforming its rivals by some margin.

After Exxon completed a few unsuccessful drilling campaigns in the pre-salt earlier this decade, it continued studying the vast amounts of geologic data available for the region to prepare for future opportunities, said Greenlee. Since then, it has picked up 30 exploration blocks in Brazil’s pre-salt and other offshore regions, which cost Exxon and its partners about $4 billion. Access to offshore Brazil has only gotten more expensive, and Greenlee said he got a head start on his competitors in a country where the discoveries in the past 10 years are more than the next five countries combined.

“We could bid fairly aggressively on what we thought was the value of these opportunities, and I think that we were doing that before our competitors,” he said. “As time has gone on, people have placed higher and higher and higher bids on these blocks that have come up.”

Exxon plans to start drilling with Petrobras in the pre-salt this year, and it’s securing a rig to explore other Brazilian blocks where it’s the operator in the second half of next year, he said.

The search for hydrocarbons at the Bulletwood-1 prospect offshore Guyana on the Canje Block is still ongoing and could...
Read more
Exploration

The search for hydrocarbons at the Bulletwood-1 prospect offshore Guyana on the Canje Block is still ongoing and could wrap up in early March. The...
Read more