OilNOWLatest News and Information from the Oil and Gas sector in Guyana
More
FeaturedNews
Updated: March 18, 2021 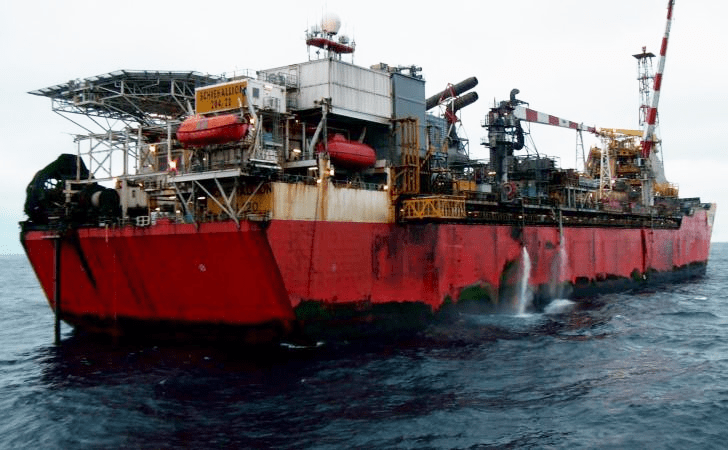 (S&P Global Platts) BP’s flagship Clair and Schiehallion oil fields in the UK West of Shetland area have both been performing below expectations, with remedial measures such as new drilling expected to take time to implement, minority stakeholder Chrysaor said in a March 18 statement.

Schiehallion and Clair, located in a harsh maritime environment in the eastern Atlantic, have both undergone multi-billion-dollar upgrades in the last decade, with new production facilities installed in 2017 and 2018 respectively. BP has described the region as its main focus in terms of UK growth prospects, rather than the conventional North Sea.

However, Chrysaor, which holds stakes of 7.5% and 10% in Clair and Schiehallion respectively, noted both were encountering problems, in its annual report.

The fields produce heavy crude, rather than light sweet grades such as Brent and Clair that contribute to the Dated Brent benchmark, with Clair crude loaded at Sullom Voe in the Shetland Islands and Schiehallion crude shipped directly to Rotterdam for processing.

Data from regulator the Oil & Gas Authority suggests Schiehallion production, combined with that from the nearby Alligin and Loyal fields, briefly peaked at 106,000 b/d in December 2018 after the facilities were brought back on-stream following redevelopment, but has since fallen by more than 25%, despite expectations of output reaching some 130,000 b/d. Alligin, which is relatively modest in size, was brought on stream as a satellite project in February 2020.

Chrysaor in its report put Schiehallion production at 60,000 boe/d last year, based on the company’s 10% stake and excluding the Alligin satellite. It said the efficiency of the production facility had improved, but “performance was recently impaired by problems with sand management challenges.”

By comparison, production from the Clair complex has been relatively consistent since its second development phase came on stream in 2018, with output totaling around 65,000 b/d in mid-December 2020, according to OGA data.

But that is still well below expectations, which were for the second phase, known as Clair Ridge, to achieve 120,000 b/d in its own right, according to an earlier BP statement.

BP has previously stressed that Clair, with some 7 billion of reserves, should be seen as a multi-decade project, with oil accumulations spread over a large area and requiring multiple phases of development.

Chrysaor put Clair production at 67,000 boe/d in 2020, based on its 7.5% stake, with the original development performing well, but Clair Ridge underperforming.

“A high Phase 1 production efficiency was offset by delayed drilling and poorer performance on Clair Ridge. The Ridge development has executed eight of their sanctioned 36-wells to date. A ninth well has been drilled and completed. These are producing lower than their pre-drill expectations and three have seen water breakthrough,” Chrysaor said, adding the latter problem was “not unexpected” given the nature of the reservoir. “Near-term production from Clair Ridge is lower than predicted. We are now considering optional infill campaigns, beyond the sanctioned wells,” it added.

BP, contacted by S&P Global Platts, said it had nothing to add to the Chrysaor comments.

BP has described the North Sea region as a core to its upstream oil and gas business even as it expects to reduce its production globally by 40% by 2030.

Last year it tried to sell its Andrew area assets and a stake in the Shell-operated Shearwater field to independent Premier Oil, but that fell through and further negotiations with other bidders are reportedly underway. Other BP upstream assets include Foinaven in the West of Shetland area, the ETAP hub in the North Sea, and Vorlich, a recent development that came on stream in November 2020.

The UK major is also present in Norway via a 30% stake in joint venture Aker BP, which was created in 2016 and boasts a 12% stake in the prolific Johan Sverdrup field among its assets.

Chrysaor acquired its Schiehallion stake from Shell in 2017 and its Clair stake from ConocoPhillips in 2019.