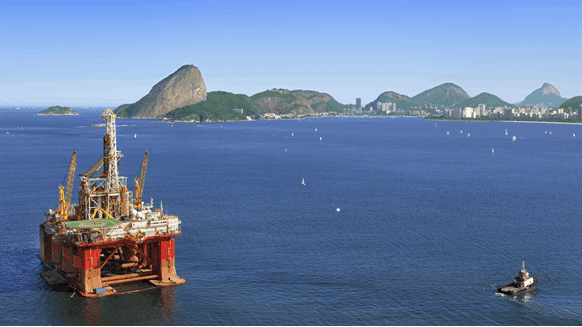 (Reuters) – Brazil’s government laid out on Wednesday some additional terms regarding a massive oil auction scheduled for later this year, in which it will sell off an oil-producing zone known as the transfer-of-rights area.

In an official bulletin, the Ministry of Mines and Energy detailed rules on how winning bidders will compensate state-run oil firm Petroleo Brasileiro SA for exploratory and infrastructure work it has performed in the zone.

The ministry did not offer a monetary estimate and said values would depend on agreements to be reached between winners and Petrobras, as the firm is widely known.

The compensation would be made assuming an oil price of $72 per barrel, taking into account differences in quality between oil extracted from the transfer-of-rights area and Brent crude, the bulletin said.

Natural gas prices for the purposes of calculating the compensation will be $5 per million British thermal units.

The bulletin also published certain assumptions for production and abandonment costs in the four major fields of the transfer-of-rights area – Buzios, Sepia, Itapu and Atapu – as well as formulae to be used in negotiations between auction winners and Petrobras.

The transfer-of-rights, or TOR, area was demarcated in a 2010 deal between the government and Petrobras, when the company raised some $70 billion in the world´s largest-ever share offering at the time.

In order to maintain control of the company, the government granted Petrobras the rights to extract 5 billion barrels of oil in the TOR area, in return for new shares worth 74.8 billion reais, or about $42.5 billion.

The TOR arrangement provided for Petrobras and the government to revise some terms in the contract when fields were declared commercially viable, taking into account shifts in oil prices, production costs and other variables.

In effect, that led to a years-long dispute between the two sides, and kept billions of barrels of excess oil in the TOR area locked under the sea floor.

Earlier in April, the government agreed to pay Petrobras $9.058 billion to settle the dispute and allow for an auction of excess oil in the area in October. Under the terms of the accord, Petrobras will be compensated by auction winners for work it has already done.