OilNOWLatest News and Information from the Oil and Gas sector in Guyana
More
DiscoveriesFeaturedNews
Updated: December 28, 2017 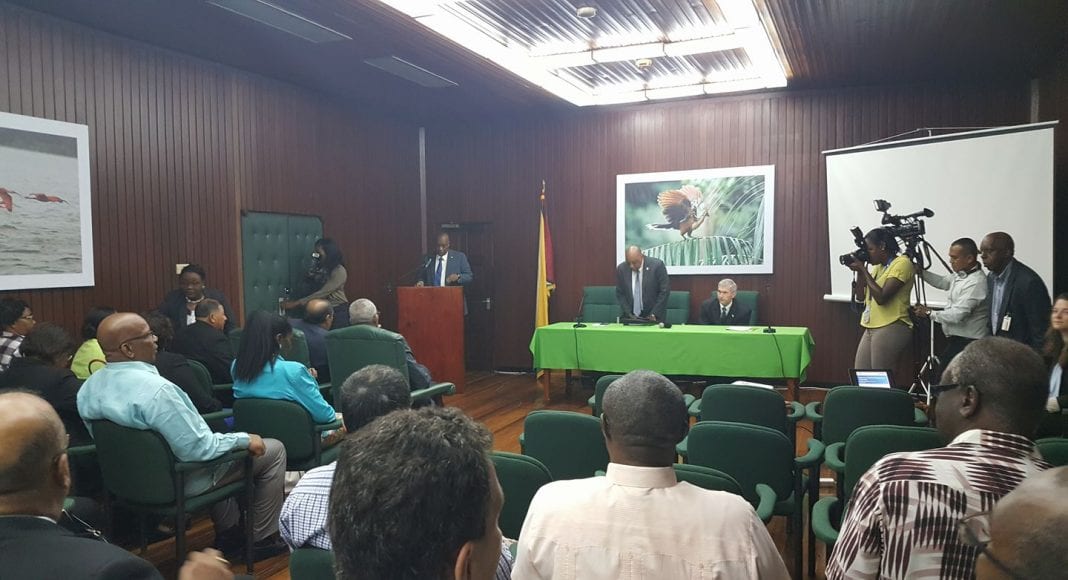 The Production Sharing Agreement (PSA) between the Government of Guyana and ExxonMobil affiliate Esso Exploration and Production Guyana Limited was released today at a special meeting held at the Ministry of the Presidency in Georgetown, Guyana. The agreement has attracted much attention in the media recently with several sections of society calling for its release.

It was also announced at the meeting by Minister of Natural Resources, Raphael Trotman that the recent Turbot discovery has pushed the total recoverable reserves so far to 3.2 billion barrels of oil.

Kimberly Brasington, ExxonMobil’s Senior Director, Public and Government Affairs told OilNOW in a previous interview that Exxon has always been “prepared to follow the law” regarding contract disclosures.

British High Commissioner to Guyana, Greg Quinn also in a recent interview said that the decision to release the contract was a welcomed one but should apply to all companies equally.