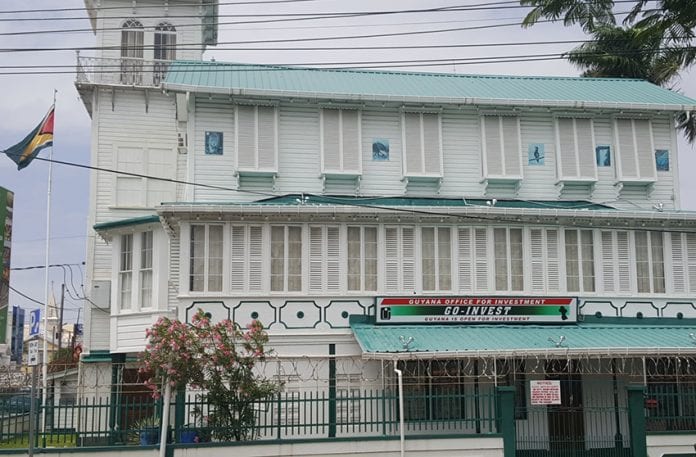 Guyanese Businessman, Chief Executive Officer of Bel Air Georgetown-based Eco Potanzia Industry, Siri Persaud, has owned up to being behind a print advertisement in the Guyanese press calling on investors to invest elsewhere.

Persaud has since apologised by way of a letter penned to Guyanese Head of State, President David Granger.

The advertisement, which read; ‘Investors Beware, GOINVEST Elsewhere’, was widely condemned by the private sector, the Guyana Office for Investment (GO-Invest) and other stakeholders.

It first appeared on the opening day of the Guyana International Petroleum Exhibition and Summit (GIPEX) 2018, held from February 7 to 9, at which over 600 delegates and officials representing more than 200 companies were in attendance.

Chief Government Spokesman, Minister of State, Joseph Harmon, on Thursday shared the contents of the apology. Mr. Harmon was at the time addressing a post-Cabinet media briefing and disclosed that the matter was raised.

The businessman claims in his apology to the President—according to Mr. Harmon—that the intent of the advert was not in fact to dissuade investment but rather to vent a personal frustration with GO-Invest.

GO-Invest was one of the lead organizing partners of GIPEX — which was held to provide a networking platform among local and international businesses, government, oil & gas experts, Investors and other stakeholders.

The Minister of State, in highlighting the contents of the apology, said Persaud stated that the intent was “to bring public attention to what I believe to be GO-Invest’s failure to fairly and equally represent me as an investor in Guyana and its genesis arose out of my sheer frustration in dealing with that agency.”

There were no specifics divulged on the perceived unfair and unequal treatment meted out to Persaud, by GO-Invest.

Owen Verwey, Chief Executive Officer (CEO) of GO-Invest has said that all efforts must be made to ensure grievances “… are not dealt with in the way it was dealt with in this case that puts a negative spin on the economy, especially at a time when there are lots of activity in investment potential and the benefits for the local economy…I think that is quite negative.”

Arrived and ready – Guyana contingent all set for OTC opening

Guyana focusing on benefits of oil contract; not renegotiation – Minister...