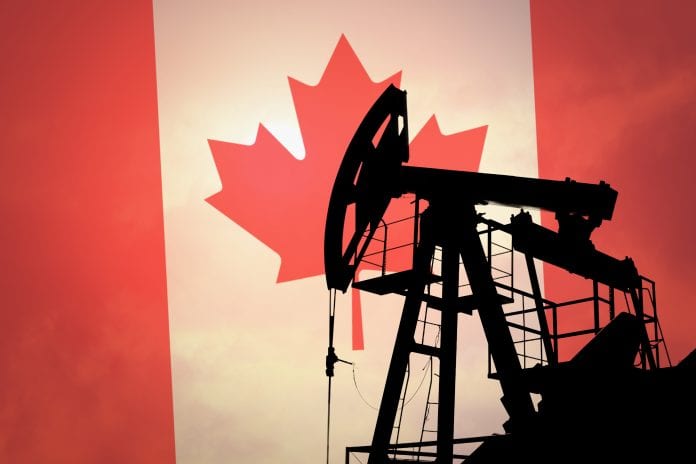 The loonie, which has been one of the best-performing Group-of-10 currencies this year, weakened as much as 0.7 percent on Friday to C$1.3267 per U.S. dollar. A 1.7 percent slide in oil prices also added to downward pressure. The odds of a Bank of Canada rate hike by the middle of this year fell to around 16 percent on Friday from 18 percent the day before, overnight index swap data indicate.

The Canadian economy practically came to a halt in the final three months of 2018, with growth of just 0.1 percent in the fourth quarter, Statistics Canada said Friday from Ottawa. While a slowdown was widely expected in the final months of the year due to falling oil prices, it’s a much bleaker picture than anyone anticipated, with weakness extending well beyond the energy sector. The latest data will give Canadian officials, whose next decision is due Wednesday, even more reason to stay on hold — especially with the U.S. central bank also looking as though it will keep steady for a while.

The details of the GDP report “were particularly gruesome,” according to Bipan Rai, head of North American foreign-exchange strategy at CIBC. “It’s clear that non-residential investment and net exports aren’t taking the baton from household consumption in driving growth. The hawkish tone from the BOC needs to moderate significantly.”

From a technical perspective, he says traders should watch the test of the neckline on an inverted head-and-shoulders pattern for the dollar-loonie pair. He said a break above C$1.3260-C$1.3265 area would complete the pattern and flag a move to the C$1.3550-C$1.3600 range.

The GDP data “was all around bad,” according to Mazen Issa, a senior foreign-exchange strategist at TD Securities. He said the figures “may give the green light for markets to price in easing — whether justified or not.”

Canadian O&G trade mission due in Guyana expected to be first...