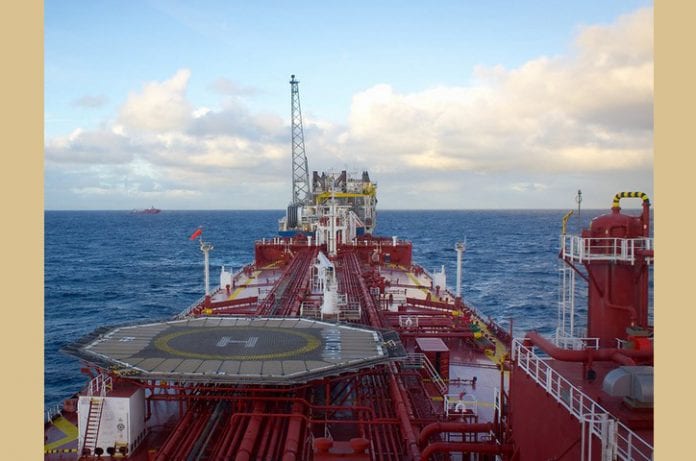 As more stakeholders continue to speak out regarding an apparent investigation being conducted by an anti-corruption agency in Guyana over the award of oil blocks in the lead up to the 2015 national elections, two partners in the Canje block are making it clear that they followed all laws and regulations in their application for acreage.

An official at Guyana’s State Asset Recovery Agency (SARA) has been quoted in the media as saying that the Canje and Kaieteur blocks were awarded just before the elections without parliamentary oversight, consultations with the opposition, and signing bonuses. “We have to find out what laws were breached here and whether there was corruption,” Deputy Director, Aubrey Retemeyer, told the Associated Press in a report published on May 29.

However, Guyana’s model agreement and the procedure in place at the time for the application and award of licenses to explore for oil was based on direct negotiation between authorities and explorers, with no stipulation for a signing bonus, particularly at a time when no discovery was made and the basin remained unproven. Guyana’s model agreement is now in the process of being revised, as have been stated by the Department of Energy.

In a statement on Saturday, JHI Associates, Inc. (JHI) and Mid-Atlantic Oil & Gas, Inc. (MOGI), in pointing out the date and circumstances of the Canje block award, said: “As a statement of record, the block was awarded on March 4, 2015, using the standard Guyana Model Production Agreement. The Liza-1 well on the adjacent Stabroek Block was very high-risk and did not begin drilling until after the Canje Block licence was signed. Prior to this, there were no discoveries anywhere offshore Guyana. JHI and MOGI followed all applicable laws and regulations in their application for the license for the Canje Block.”

ExxonMobil, operator in the Canje Block, has also said that it followed all applicable laws and regulations in acquiring its government approved licences and that it has not been contacted regarding the probe.

Neither JHI nor MOGI, the statement said, has received any request for information, and neither company has been notified of any pending investigations into the award of the licence for the Canje Block. “Both companies welcome the opportunity to discuss this matter with duly authorized agencies of the Government of Guyana at any time,” JHI and MOGI stated.

The companies said they value their reputations as good corporate citizens and are committed to operating all aspects of their businesses in an open, cooperative and transparent manner. “We recognize the importance of this resource to the people of Guyana and take our responsibility to explore for oil and gas offshore Guyana very seriously.”

The AP report quoted Retemeyer as questioning the experience of JHI and MOGI in deepwater exploration. “It is astonishing that these two unknown companies were awarded blocks. The timing is significant.” The AP quoted the SARA official as saying.

But JHI and MOGI said their founders; Mr. John Cullen, and Dr. Edris K. Dookie respectively, each have over 20 years’ experience exploring for oil offshore Guyana as the original co-founders of CGX Energy. “Through CGX, they both served Guyana exceptionally, through the drilling of several offshore wells, and especially in relation to the pivotal role they played in the successful resolution of the maritime boundary dispute with Suriname,” the statement said.

“For the Canje Block license application, Cullen and Dookie brought a technical team with over 130 years of offshore petroleum exploration experience, and significant financial capabilities based on prior successes in raising USD$100’s of millions of dollars for oil and gas exploration projects in Guyana and elsewhere,” the companies pointed out. They added, “JHI’s and MOGI’s qualifications certainly met the Guyana Government’s requirement that license applicants must demonstrate technical expertise and financial capabilities.”

Former Guyana President, Donald Ramotar, who held responsibility for petroleum at the time the Canje and Kaieteur awards were made, said in a statement on Friday that while, according to the SARA official, the focus of the probe are the two blocks issued by the previous PPP/C-led administration, an award was also issued for the Orinduik block by the new Coalition-led government, under similar terms.

JHI and MOGI provided a timeline of events surrounding the Canje Licence: