OilNOWLatest News and Information from the Oil and Gas sector in Guyana
More
FeaturedNews
Updated: June 15, 2018 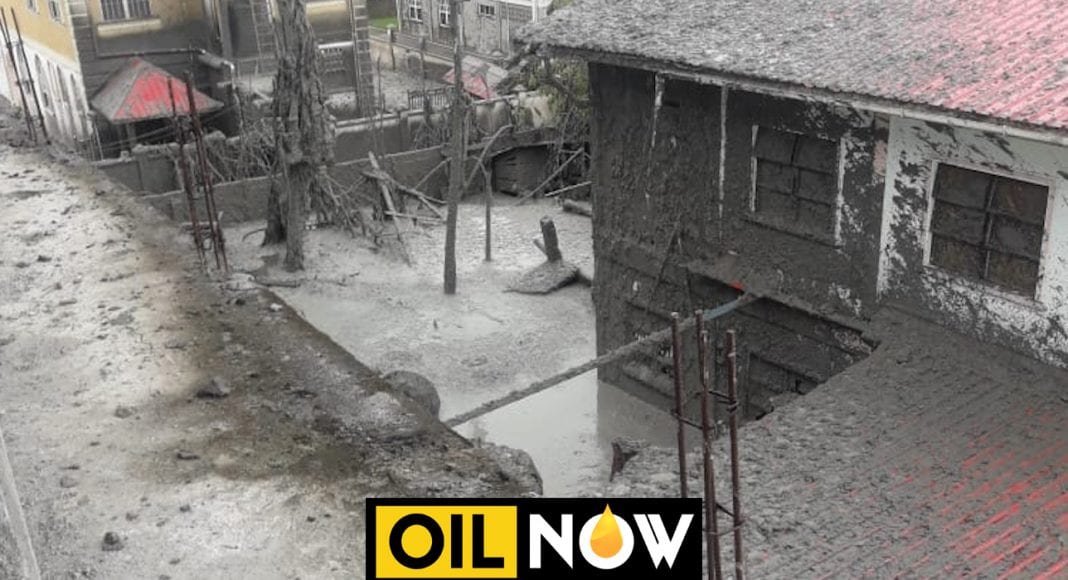 Initial tests conducted on Friday morning at a property at Sixth Avenue, Diamond, East Bank, Demerara, Guyana, where an eruption of muddy substance occurred on Thursday, have shown a small concentration of hydrogen sulfide and methane gas.

Director General (ag) of the Civil Defense Commission (CDC), Lieutenant Colonel Kester Craig, who was among officials on the ground assessing the situation, said, “We have been monitoring but we decide to take some precautionary measures to verify if it is just mud and water or a combination of mud and water and some form of natural gas. This morning, Massy did some preliminary test and they found a percentage of methane in the air and we spoke to Exxon and they provided some test equipment and GWI is currently doing some test and they have also picked up some amount of methane in the air and hydrogen sulfide within the atmosphere.”

He noted while the amount of natural gas is not significant, “they will continue to monitor the situation.”

In the meantime, he said some precautionary measures are being taken.

Craig explained, “We want to take off the electricity and ensure that there are no ignitable sources within the area as for now.”

The CDC official also verified that the property owner, Soownauth Gorak, was not given prior permission to dig the well in his backyard.

In this case, he would have had to seek permission from the Hydromet office and at the time of the eruption, he had already dug the well to a depth of 120 feet.

As it relates to clean up, he said, “We haven’t made any decision about that. Right now it is on a private property and that is something we will be able to do when we are able to contain it. I think a number of years in 2009, there was a similar incident and based on information from GWI they are saying that this area here is a high-pressure aquifer and if you drill wells in this area and you go a certain depth you are likely to have an impact like this here.”

Officials on the ground have also signalled that the man could possibly face charges due to the fact that he did not seek prior permission and have also placed the lives of many persons at risk.

The owner of the property was nowhere to be seen when the media arrived on the scene.

Reports also indicate that he sells water in the community and may have dug the well to support his business activities.