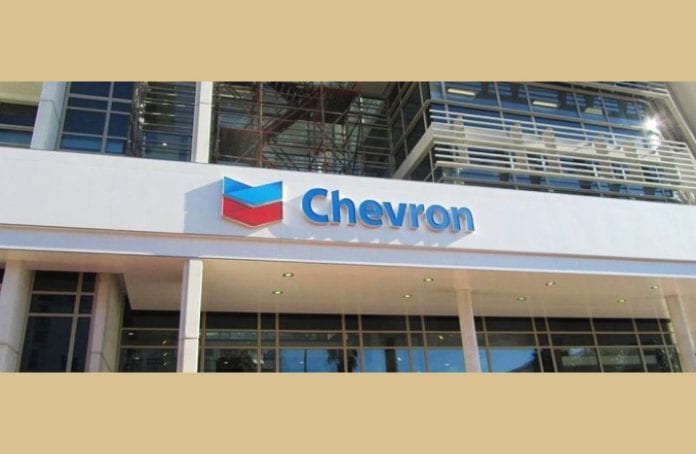 (Bloomberg) Chevron Corp. is lobbying the U.S. for sanctions relief so it can continue doing business in oil-rich Venezuela where President Donald Trump has been pushing for regime change.

Chevron executives have been telling local staff that the company expects waivers that expire on July 27 to be extended, allowing it to remain in Venezuela, said three people familiar with the company’s operations. Another person said Chevron is actively lobbying for an extension and wants the U.S. to make a decision by mid-June so it can notify suppliers in advance.

The U.S. has refused to recognize Nicolas Maduro as the country’s president after a sham election last year, and oil sanctions are its main tool for depriving the autocratic leader of cash and pressuring the military to turn on him. At the same time, if Chevron leaves, Maduro could take full control of assets the company invested in for decades and hand them over to Russian and Chinese explorers.

Sanctions imposed by the Trump administration in January barred U.S. companies from dealing with any arm of the Venezuelan government or entities controlled by Maduro, but Chevron and some oilfield-service providers including Schlumberger Ltd. and Halliburton Co., were granted permission to continue operations until late July.

A State Department official said it does not share information on internal discussions related to sanctions. The Treasury Department didn’t immediately respond to a request for comment.

Venezuela’s crude output plunged to 740,000 barrels a day in March amid a blockade on exports to the U.S. and rolling blackouts in the country’s main production regions. A big chunk of Venezuela’s output was being pumped by Chevron. If the waivers expire it could take another 300,000 to 400,000 barrels day off the market, said David Voght, managing director of IPD Latin America, a consultancy.

“The Trump administration will have to reconcile that volume with the value of maintaining a strong U.S. foothold in the country,” Voght said.

For Chevron, that foothold includes key fields throughout the country. In the Orinoco region, it is a minority partner with PDVSA at two projects that use industrial facilities to convert extra-heavy crude into a product that can be sold to refiners. In the Lake Maracaibo area, it has a joint venture with PDVSA at the Boscan field that Chevron first discovered in 1946, and where production costs are lower than in the Orinoco.

On the ground, Chevron is moving forward with needed investments at its main Venezuela projects amid the uncertainty. These include steam injection at wells in the Orinoco region to free up heavy crude and improve yields, said three people familiar with the operations, who declined to be named out of concern for their jobs.

Chevron and PDVSA are contracting firms and workers to help on maintenance and engineering projects in eastern Venezuela near the heavy Faja del Orinoco fields in a sign that the company isn’t preparing to pull out or halt operations in the near-term, according to the people.

Chevron is paying for the process, known as “huff and puff,” even though on paper Petroleos de Venezuela SA is the operating partner and majority shareholder in the ventures, two of the people said.

Chevron Chief Executive Officer Mike Wirth has signaled his intent to stay in Venezuela, home to the world’s largest oil reserves. The company has “very close coordination” with the U.S. government and will remain in full compliance with American law, Wirth said in an interview in February.

“We work closely with the U.S. government to understand how their policy objectives are being manifest through the sanctions they have issued,” Wirth said in the February interview.

In 2018, Chevron had 42,000 barrels of daily oil production and 9 million cubic feet of natural gas output in Venezuela, according to its website.

“The sanctions to date have had modest impacts on U.S. business interests,” said Andrew Stanley, an associate fellow at the Center for Strategic and International Studies. “This action would be more severe and so it will be interesting to see if the administration is willing to go to that length in trying to bring about a change in power.”

Chevron to plug US$20 billion into 2020 capital, exploration budget