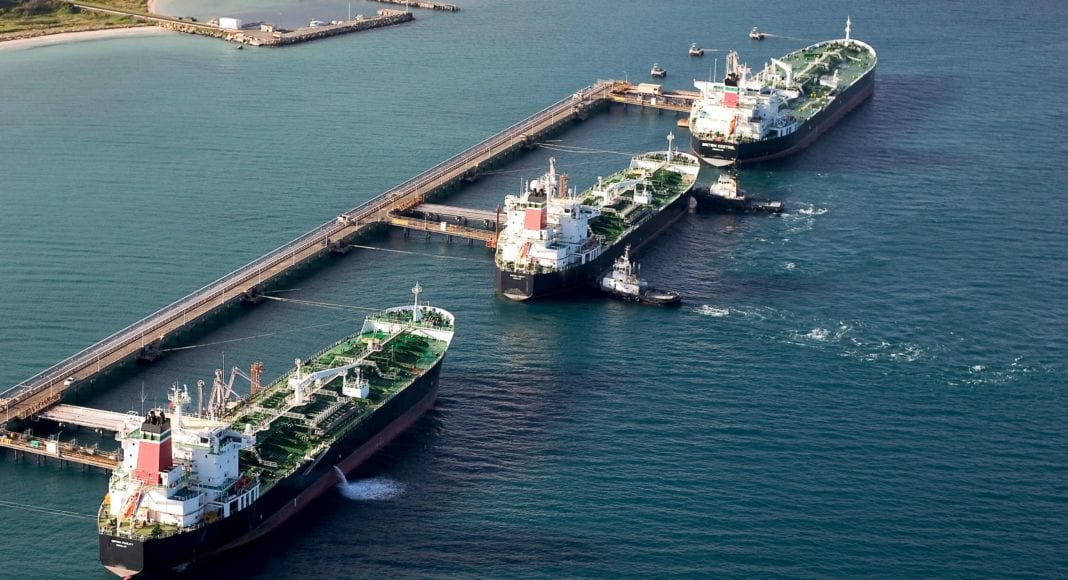 (Reuters) – China’s daily crude oil throughput in March sank to a 15-month low with state refiners maintaining deep output cuts as the coronavirus pandemic erodes demand, but there are some signs of recovery as the country begins to ease virus-related curbs.

The steep drop in runs at the world’s top energy consumer highlights not only the woes of the global oil sector but also that of the broader economy amid the health crisis that has upended lives, hobbled supply chains and roiled markets.

China’s GDP shrank 6.8% in January-March from a year ago, the first such decline since at least 1992 when quarterly records began, as the virus crippled the economy.

Crude runs over the period came in at 149.28 million tonnes, or about 11.98 million barrels per day (bpd), down 4.6% from a year earlier, National Bureau of Statistics data shows.

In March, throughput was 50.04 million tonnes, down 6.6% and equivalent to about 11.78 million bpd, data from the bureau showed on Friday.

That was below a total of 12.07 million bpd over the first two months, and 12.49 million bpd in March 2019. It was also the lowest since December 2018. The bureau did not disclose separate numbers for January and February.

State-backed refiners have been operating at low runs and put some processing units under overhaul amid virus-related restrictions.

But with local governments lifting curbs, independent oil refineries are ramping up output to meet an expected recovery in fuel demand.

Average utilisation rate at refineries across China reached 71.65% this week from as low as 67.5% in mid-February, according to data tracked by Longzhong Information Co.

“Refiners have incentives to improve operations as fuel consumption is gradually picking up,” Li Yan, a senior analyst at Longzhong, said before the data was released.

“They also need to quickly digest the expensive crude oil they bought before oil prices collapsed,” the analyst added.

Reuters uses the average of the January-February total provided by the statistics bureau as a point of reference.

“With COVID-19 being brought under control, China’s domestic demand saw a considerable recovery particularly of diesel and gasoline. This prompted both state refiners and independents to ramp up output in March,” Chen said.

Also, cheap crude has boosted profit margins for refiners, which have risen to over 600 yuan ($84.82) a tonne from below 100 yuan in late February.

China slashed retail ceiling prices for gasoline and diesel last month, echoing a plunge in oil prices triggered by a price war between major producers Saudi Arabia and Russia as well as a collapse in demand amid the global health crisis.

Energy consultancy ICIS expects China’s crude throughput to reach to over 13 million bpd in April and May as some refiners shut for maintenance resume output.