OilNOWLatest News and Information from the Oil and Gas sector in Guyana
More
FeaturedNews
Updated: August 26, 2020 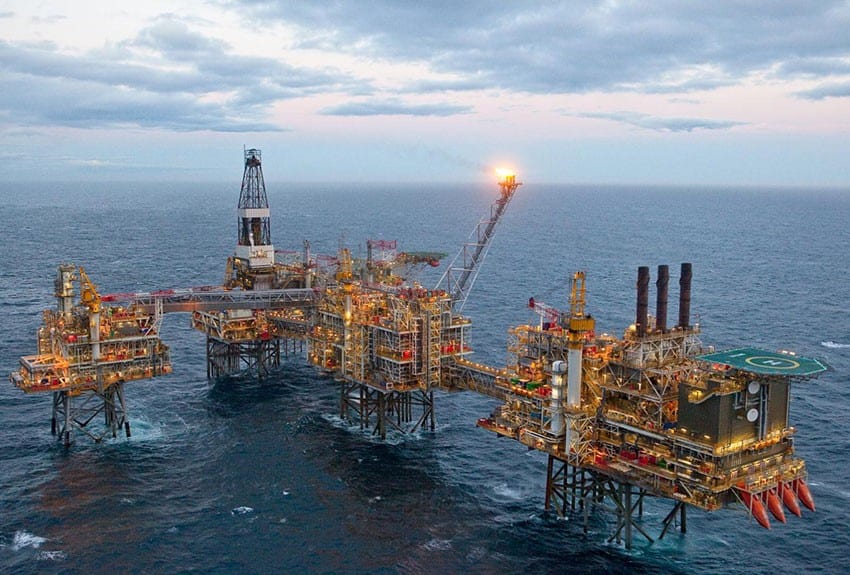 COVID-19 safety measures and the postponement of the Forties pipeline overhaul have forced China’s CNOOC to push the startup of its Buzzard phase II oil project into 2021, the company said Tuesday.

According to a S&P Global Platts report, the postponement of the project at the UK’s highest-producing oil field reverses an announcement by CNOOC in January that it was bringing forward the expected startup to this year.

Buzzard is a mainstay of the UK’s Forties crude production, with 2019 average crude output of 115,000 b/d, and sulfur content that significantly influences Forties crude quality.

The Phase II development targets previously unexploited areas of the field and should avert a production decline that began around 2014 and provide a significant boost.

Last year’s production levels were about 7% down from 2018 levels, and CNOOC’s latest presentation on Aug. 19 suggested Phase II should boost crude oil production by about 35,000 b/d.

In an emailed comment, CNOOC attributed the delay to working restrictions related to COVID-19 and a decision in April by the operator of the Forties pipeline, Ineos, to postpone a major three-week shutdown of the crude artery until 2021.

“The schedule was revised due to factors including the operational impact of COVID-19 safety measures implemented onshore and offshore, and the postponement of the Forties Pipeline System shutdown to which key project activity had been aligned.”

“Despite the challenges of COVID-19, we are delighted to have safely continued with drilling activity on the COSLPioneer [drilling rig]; the topsides module is now mechanically complete, and significant progress is being made with the subsea bundle fabrication,” it added.

CNOOC holds a 43.2% stake in Buzzard, alongside Canada’s Suncor Energy at 29.9%, private equity backed Chrysaor at 21.7%, and privately-owned Dutch company ONE Dyas at 5.2%.

The company’s environmental statement for Phase II suggests the crude may be lighter, and lower in hydrogen sulfide than the current Buzzard production.

Estimated reserves associated with the project are in a range of 26 million-55 million barrels of oil equivalent, and it involves drilling up to eight production wells and four water injection wells, as well as installing subsea equipment and pipelines and modifying an existing platform.

CNOOC has a 25% stake in Guyana’s 6.6 million acres Stabroek block as part of a consortium with operator ExxonMobil and U.S. firm Hess. Over 8 billion barrels of oil equivalent resources have been discovered so far at the Stabroek Block spanning a record 16 discoveries since May 2015.