OilNOWLatest News and Information from the Oil and Gas sector in Guyana
More
FeaturedNews
Updated: June 25, 2022 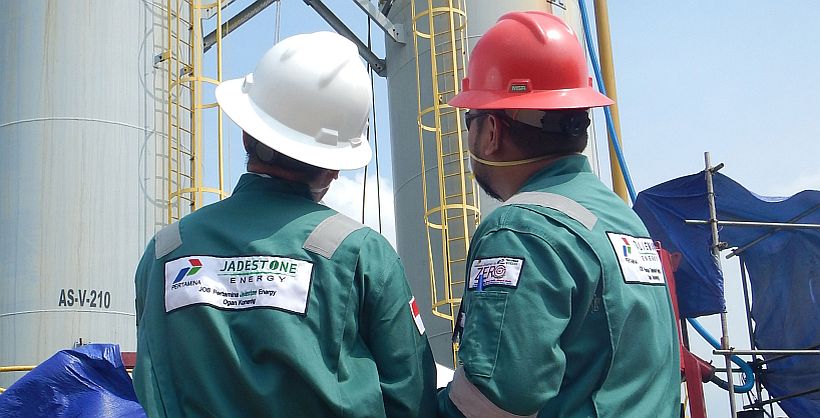 Jadestone Energy – an oil and gas company with operations focused in the Asia-Pacific region – was able to quickly identify and stop a small oil spill in the Montara field offshore Australia.

Giving an update on the matter, the company outlined that on June 17 during routine production and crude oil cargo operations, crude oil was being transferred between two crude oil tanks onboard the Montara Venture floating production, storage, and offloading (FPSO) vessel. During the transfer, oil was observed on the surface of the sea adjacent to the FPSO.

It was evaluated that the volume of oil released was estimated at three to five cubic meters. Transfer operations were ceased immediately and production from the Montara fields was shut in as a precautionary measure.

Offshore staff were able to quickly halt the release of oil into the sea by pumping water into the tank, a 300 millimeter (mm) diameter hole was discovered at the bottom of the tank. Now that the release of oil is now controlled, Jadestone has ordered a temporary repair in order to remove the remaining oil from the tank. Following this, the tank will be accessed and cleaned in order to complete an inspection and permanent repair.

The company stated that this work plan is the same applied to all the other main crude oil storage tanks, as part of its five-yearly inspections and repair programme. This programme has been underway since Jadestone assumed operatorship of the Montara assets and is a normal and accepted process approved by regulators and Class inspectors globally.

Australia’s National Offshore Petroleum Safety and Environmental Management Authority (NOPSEMA) was immediately notified of the incident and an onsite inspection of the Montara facilities was slated to be done on June 21.

In the news of the spillage, Jadestone’s Chief Executive Officer and President Paul Blakeley expressed his regret on the matter but commended the company’s offshore team for its rapid response.

“Safety and sustainability are core values for Jadestone, and we will now work closely with the Class inspector, NOPSEMA and other stakeholders to develop and execute a plan to safely and permanently repair the hole in the crude oil tank,” the CEO said.

“There are many precedents for this type of activity, both within the Asia-Pacific region and globally, and we will deploy the necessary expertise to provide confidence in the solution we implement.”

The small leakage was monitored and had fully dispersed on June 19. Jadestone’s preliminary estimate is that it will take approximately four weeks to complete the tank inspection and implement repairs sufficient to re-commence production at Montara.

Jadestone owns 100% operated interest in the producing Montara project and the Stag oilfield, offshore Western Australia. There the company produces 15,000 to 18,500 barrels of oil per day.