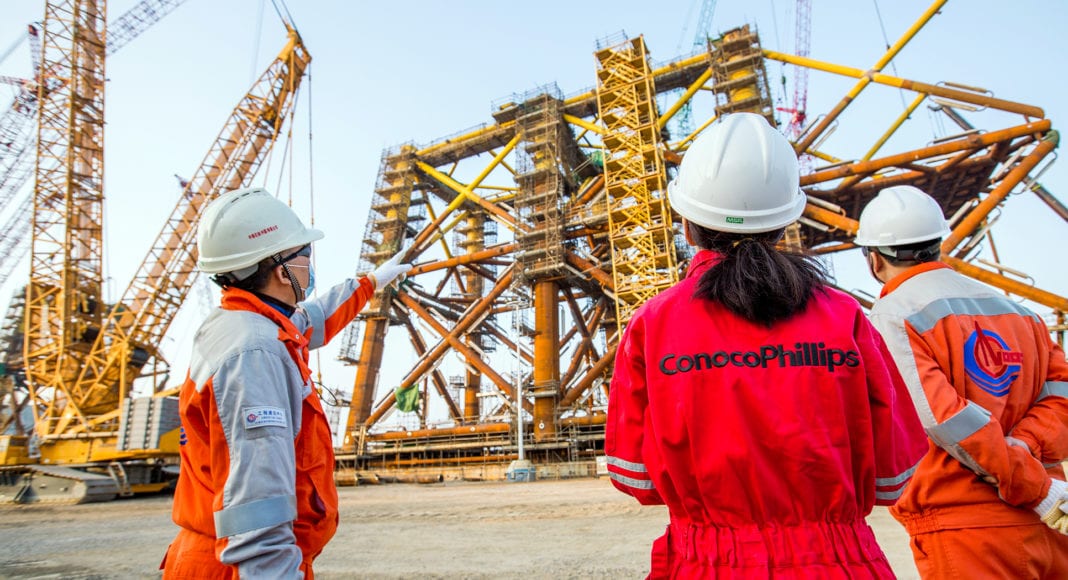 ConocoPhillips announced on April 16, 2020 that it is taking further actions to respond to the oil market downturn. These actions include capital, operating cost and share repurchase reductions of $3 billion and follow initial actions announced on March 18.

“In March we exercised $2.2 billion of flexibility via reductions in both our planned 2020 capital spending and share repurchases,” Ryan Lance, ConocoPhillips Chairman and Chief Executive Officer said.

The company also announced its intention to defer production where there is a compelling economic reason to do so.

“These actions reflect our view that near-term oil prices will remain weak, largely due to demand impacts from COVID-19 and continued oil oversupply. We are well-positioned with flexibility to take actions that we believe maintain our relative competitive advantages, as well as our ability to resume programs depending on the timing and path of a recovery,” the company said.

“Including our previously announced reduction of $0.7 billion, this represents a total reduction in operating plan capital expenditures of $2.3 billion, or approximately 35 percent, compared to the 2020 announced guidance. These reductions are sourced from across our global portfolio, primarily focused on Lower 48, Alaska and Canada areas where we have the highest levels of flexibility,” the company stated.

It said there was a reduction in operating costs of approximately $0.6 billion, representing roughly 10% of the initial 2020 guidance. This brings the current estimate to $5.3 billion. These reductions were sourced from lease operating expenses, general and administrative costs and foreign exchange impacts.

The company said its share repurchase program has been suspended. It said too that on a combined basis, the cumulative capital, operating cost and share repurchase actions represent a reduction in 2020 cash uses of over $5 billion versus original operating plan guidance.

The company also announced it will elect to curtail production in Canada and the Lower 48 regions until market conditions improve.

It noted that these announced curtailments represent approximately 200,000 barrels of oil equivalent per day (BOED) net to the company.

ConocoPhillips noted that given ongoing uncertainty, continued market volatility and the potential for both voluntary and involuntary curtailments over the coming months, the company’s previous 2020 guidance items should not be relied upon and further guidance will be suspended.

Lance continued, “Over the past few years we worked very hard to position our company with significant flexibility across our capital, operating, distribution and balance sheet channels. We entered this downturn with several competitive advantages, including a very strong balance sheet with over $14 billion of liquidity, a diverse portfolio with low capital intensity, and significant financial and operating flexibility. We believe this puts us in an advantaged position to take rational, economic actions, including voluntary curtailments that align with reasoned views of the market. With today’s actions we have exercised a total of over $5 billion of flexibility compared to our 2020 plan, while retaining additional flexibility, if needed. We’re doing the right things to protect shareholder value during this downturn, while maintaining our ability to create long-term value for shareholders when market conditions recover.”

“Importantly, I want to recognize our employees, contractors and other stakeholders for their continued support,” Lance added. “The combination of COVID-19 and the oil market downturn has been difficult on industry and on stakeholders everywhere. As we manage through this unprecedented event, ConocoPhillips’ priorities are to protect the health and safety of our stakeholders, help mitigate the spread of COVID-19, and safely execute our business plans.”

ConocoPhillips, with its headquarters in Houston, Texas, has operations and activities in 17 countries, $71 billion of total assets, and approximately 10,400 employees as of Dec. 31, 2019.