Considerations for delivering a successful extractives-Led growth agenda for Guyana 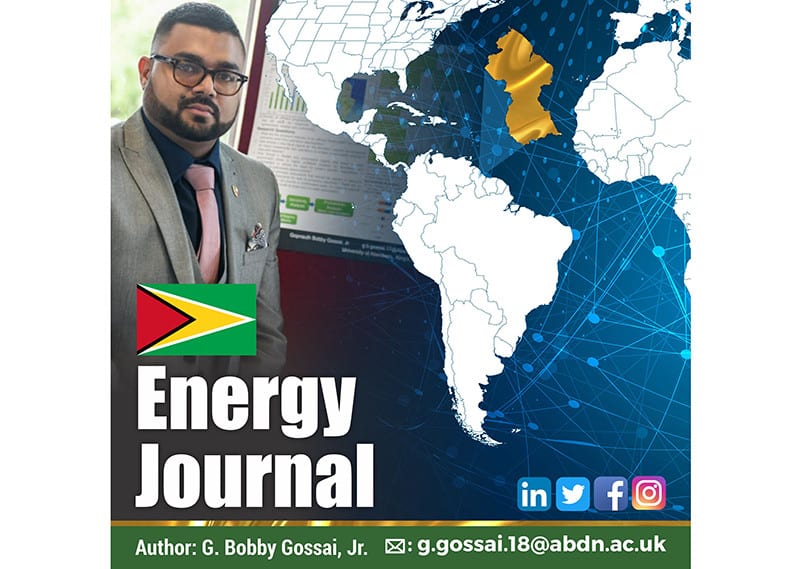 Even though the market has expressed disappointment in the heavy oil found in the Jethro and Joe wells at...
Read more
Bobby Gossai, Jr.
Bobby Gossai, Jr. is currently pursuing the Degree of Doctor of Philosophy in Economics at the University of Aberdeen with a research focus on Fiscal Policies and Regulations for an Emerging Petroleum Producing Country. He completed his MSc (Econ) in Petroleum, Energy Economics and Finance from the same institution, and also holds an MSC in Economics from the University of the West Indies. Mr. Gossai, Jr.’s professional experiences include being the head of the Guyana Oil and Gas Association and senior policy analyst and advisor at the Ministry of Natural Resources and Environment.

In terms of practical policy and economic advice, the extractives-led growth agenda has tended to reinforce domestic, government and investor pressures to ‘develop fast’. At the same time, it will reinforce the emergence of several initiatives to enhance transparency, local capacity building, environmental best practice and human rights in and around the sector.

This ‘fast-track’ approach by donors and international advisers is often inevitable, given the obvious benefits of foreign-investment inflows and export revenues for countries suffering from poverty, lack of infrastructure and high levels of indebtedness.

There are six main questions that Guyana should address:

The Pace of the Sector’s Development

All countries face the challenge of finding economic pathways towards the sustainable and equitable use of resources, especially given environmental pressures, increasing human demand and climate change. A national dialogue to help guide and inform industrial strategy could be useful (Hobbes 2014).

The development of an existing or potential resource sector should be part of that dialogue. Once a country has discovered a potentially significant subsoil resource on its territory it would be sensible to initiate a national dialogue among stakeholders and members of society to discuss how quickly or slowly the resource should be exploited. Indeed, it could be an option not to develop the resource at all and simply leave it in the ground. The classic example of such a debate is that of Norway when North Sea oil was first discovered (Stevens 2011). Among other benefits, a national dialogue can help manage the expectations inevitably triggered by the announcement of a large extractives find, and if a consensus view on how to develop the resources can be reached, decisions related to depletion are, in effect, removed from the political process. At the very least, such stability could encourage more inward investment in the sector.

The reality is, of course, that not all governments would welcome such a dialogue. At the same time, it is unclear who should lead the debate. An institutional structure like that of stakeholders associated with the Extractive Industries Transparency Initiative (EITI) is a possibility, especially if such a structure could be created before resource development. Nevertheless, there is no guarantee that a national dialogue would lead to a stable development policy. If the dialogue is lengthy, investment could be inhibited as some companies wait to see what the outcome will be and find that by the time an outcome is reached, the initial conditions to encourage investment are no longer available.

Just how ‘fast’ or ‘slow’ production should be depended on the state of the economy, the strength of the private sector and the degree of ‘technological strangeness’. Obviously, the greater the disparity between the project and the capabilities of the local economy, the slower the advisable pace of project development; and the same applies if the private sector is weak. In most cases, the government is able to determine directly the pace of development through the regulatory process.

As the owner of the subsoil resources, it can decide how many exploration licences are granted; and, in most cases, it approves development plans on an individual basis. Moreover, there often exists legislation whereby the government can directly influence the rate of production.

The case for slow development

For most countries, the rate of developing extractive projects needs to be slowed down if only to allow time for the private sector to develop the capacity and capabilities to take advantage of the forward and backward linkages with the rest of the economy. There will inevitably be pressures to produce the oil and gas as rapidly as possible. For this reason, it is necessary to examine how to reduce the rate of depletion.

Slowing down the development of a specific project may be problematic if investors are incentivized to maximize its net present value. However, according to option theory, a business case for the slow development of a specific project can be made on the grounds that it can add value (Stevens and Considine 2013). That assertion stems from the proposition that ‘uncertainty creates value’ when a project operator has the real option to develop investment opportunities in stages. By biding its time in between stages and waiting until more information is available, a firm will be able to make investment decisions that are more informed and better suited to the economic and political situation that is most likely to prevail throughout the project’s lifetime.

Indeed, the energy literature has long emphasized the value of using the theory of irreversible investment under uncertainty to quantify the ‘option-like’ characteristics of large-scale energy projects (Dixit and Pindyck 1994). Some companies do try to take option value into account in their assessment of project economics. However, if there is value in ‘optionality’, is it realistic to assume that the government will allow a company to choose when to employ that option and gain value rather than trying to capture that value for itself?

The case for fast development: treating the sector as a ‘development opportunity’

To use its extractive sector to jump-start growth while allowing enough time for sustainable diversification, a country needs a sufficiently large resource base. The rate of transition slows as a country’s resource production increases and then plateaus. To gain investor attention in order to unlock the type of large-scale project that requires, for example, transportation and power infrastructure, a country will need to demonstrate resource potential. As a new and prospective producer, Guyana cannot currently lay claim to such potential. Hence, Guyana will need to consider whether it can use the sector as a ‘one-off opportunity’ for development.

If the sector were to be used effectively in this way, the revenue stream would need to be channelled into various investments that are deemed sustainable in the long term without creating the kinds of economic distortions that follows from the effects of the resource-curse. However, it is doubtful whether this is a realistic option for new small-scale producers that have limited capacity. A fund to manage revenues would almost certainly be necessary. Usually, the prospects of such a fund being effective in such countries are highly uncertain. Thus, recommending the ‘one-off opportunity’ approach to a new producer would not be a viable alternative to slower development of the extractive sector.

The push for a fast development agenda for the emerging Guyanese...