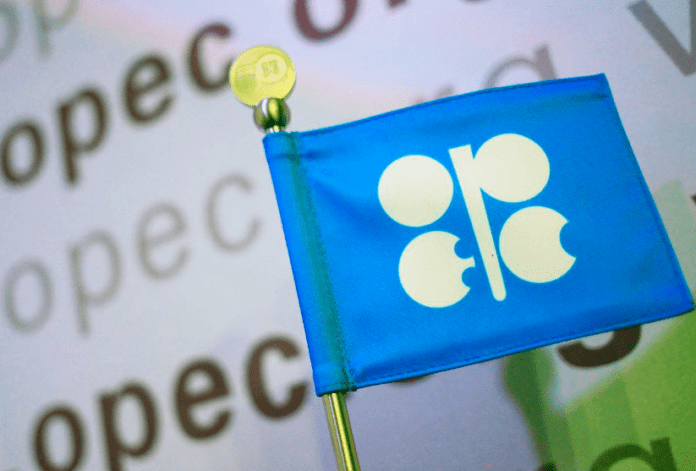 Demand for oil from the Organization of Petroleum Exporting Countries (OPEC) is expected to slide as the oil cartel’s market share shrink in coming years amid a flood of US shale and supply from countries like Guyana, where production will begin next month.

The producer group expects that demand for its oil will slide by about 7 per cent over the next four years, slumping to an average of 32.7 million barrels a day in 2023, according to its annual report.

Bloomberg said in a November 5 article that this could compel OPEC Countries – who have already curbed output this year to prevent a glut – to reduce supplies even further, or at least compete more fiercely among themselves for a diminishing portion of global markets.

The organization cut forecasts for demand for its oil each year from 2019 through 2023 by an average of about 5 million barrels a day, or roughly 16 per cent, though the numbers have been affected by membership changes. Qatar left the group at the beginning of this year.

OPEC is expected to remain under pressure from rising U.S. oil output. America has become the world’s top oil producer through developing hydraulic fracturing, commonly known as “fracking,” in states such as Texas and North Dakota.

By 2025, U.S. shale-oil output will climb more than 40% to reach 17 million barrels a day, or 3.1 million a day more than OPEC projected in last year’s report. American oil will account for a fifth of global daily output at that time.

But the U.S. deluge will also be supplemented by supplies from regions which had either seemed in decline or uneconomical in an era of constrained crude prices, such as offshore Norway and Brazil, as well as Canada, Guyana and Kazakhstan.

Guyana, a newcomer to oil and gas will begin producing oil at the Liza Phase 1 Development in December. US oil major ExxonMobil has so far found more than 6 billion barrels of oil equivalent offshore the South American country and expects a production ramp up from multiple developments to hit 750,000 barrels per day (bpd) by 2025 while analysts say this would exceed 1 million bpd by 2030.

OPEC’s current share of the global market is about 35 per cent, a level it sees dwindling by 2025 to 32 per cent, according to its annual report.

At the same time, the report does offer OPEC some solace if it chooses to stay the course, Bloomberg said. U.S. shale output growth will slow from the middle of the next decade, and then begin to decline from 2029 onward. OPEC’s share of the global market will rebound to 40 per cent by 2040.

Although it sees challenges from rival supplies, OPEC’s outlook shows less concern about demand. The report projects that global crude consumption will continue to grow until at least 2040, rejecting the idea increasingly circulating among investors and oil companies that demand will “peak” as countries move away from fossil fuels to avert catastrophic climate change.

While OPEC did lower demand forecasts, it said the reduction reflects a weaker economic backdrop rather than a shift away from carbon. Global oil demand will increase at a “healthy” rate of 1 million barrels a day until 2024, when it will reach 104.8 million barrels a day, then expand at a slower pace, to hit an average of 110.6 million a day in 2040.

At over 30,000 feet Ranger-1 is deepest drilling exercise ever conducted...