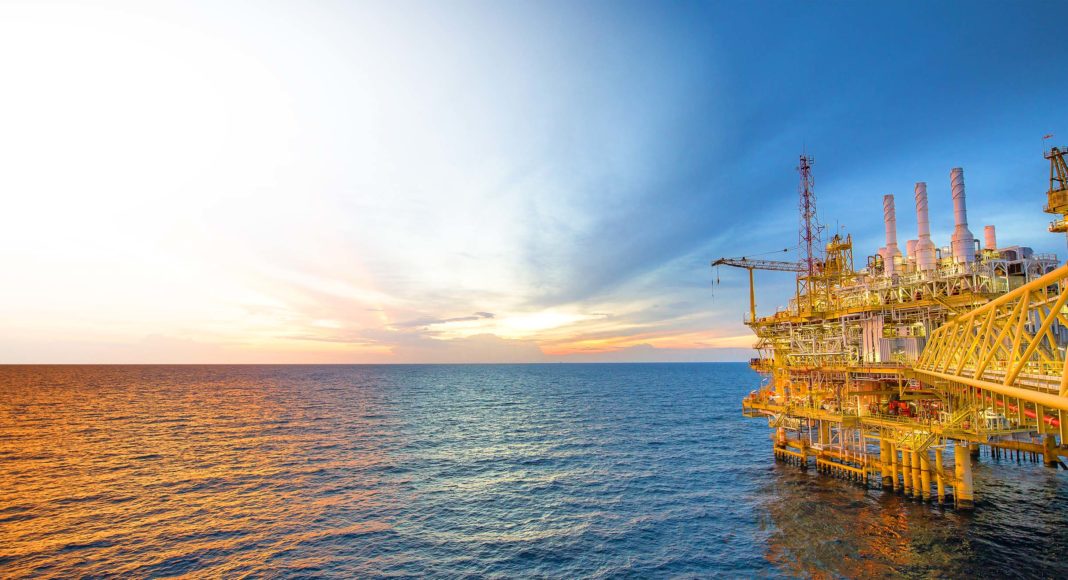 ExxonMobil Guyana said this week that all rework and reassembly of the flash gas compressor that encountered challenges in...
Read more
OilNOW
OilNow is an online-based Information and Resource Centre which serves to complement the work of all stakeholders in the oil and gas sector in Guyana.

“Eco has negotiated the reissuance and establishment of a new 10-year life cycle for each of the four PEL’s,” the company said. “Each license has a participation of a standard 10% Working Interest with NAMCOR, Namibia’s National Petroleum Corporation and in keeping with the Company’s support of local interests, Eco has negotiated and established a 5% Working Interest with local Namibian business partners on each block.”

With the establishment of the new PEL’s, the company has doubled the size of its Guy block acreage, increasing the potential for new prospective targets in the deeper horizon to the West of the block. The new PELs cover approximately 28,593 km2, with over 2.362 Billion BOE of prospective P50 resources.

“Successfully renegotiating our four licences offshore Namibia and being awarded over 28,500 km2 in one of the most exciting exploration hotspots in the world is a significant milestone for Eco,” Gil Holzman, President and Chief Executive Officer of Eco Atlantic said. “Participation in the regional exploration with a number of the major IOCs now in Namibia, and having the Namibia Ministry of Mines and Energy acknowledge both our long term investment and our contribution to the fundamental exploration of the region, is very meaningful, both for us as a business and an explorer.”

Holzman said Eco has made a significant investment in these offshore blocks in the Walvis Basin to date and has been able to increase its already substantial footprint (now the second largest after ExxonMobil) in a highly prospective region that has attracted the interest of a number of the major IOCs.

“The recent wildcat discoveries in South Africa and the entry into Namibia by ExxonMobil, Total, Qatar Petroleum and Shell over the last few years give us significant confidence that further discoveries will soon be made in Namibia,” he said.

Holzman said near term, Eco looks forward to drilling campaigns planned by Total, Shell, M&P, and ExxonMobil. “These companies are amongst the leading oil finders in the world. The new licenses represent a strategic value creation opportunity for Eco Atlantic, amid the increased interest in the area.”

Meanwhile, Colin Kinley Chief Operating Officer of Eco Atlantic said the company has demonstrated its capacity through “opportunistic negotiations and deal flow” to maintain a path for growth while protecting both its strong balance sheet and resources.

“The new exploration life cycle which we have and our well-thought-out exploration and de-risking strategy supports both our stakeholders and the people of Namibia,” he said.

Kinley pointed out that like Namibia, Eco’s Guyana path remains unaltered. “We defined the opportunity, negotiated the Orinduik Licence and brought in material partners for both their technical and economic contribution, and we have carefully maintained our independence and ability to drive through to drilling without being anchored by partners budget or ambitions.”

He said in all the company’s agreements it maintains optionality and its own ability to drive the process.

“As the majority stakeholder and controlling interest in all of our Namibian blocks, we welcome leading-edge exploration partners to bring their contribution to our ultimate ambition of discovery in the country, while also maintaining our strong independent business values,” Kinley said.

Facebook
Twitter
WhatsApp
Linkedin
Email
Previous articleOil companies drill where data is most promising, but Liza and Tanager show results could vary
Next articleExxonMobil to prioritize spending on “advantaged assets” in Guyana, USA and Brazil