OilNOWLatest News and Information from the Oil and Gas sector in Guyana
More
FeaturedNews
Updated: December 26, 2021 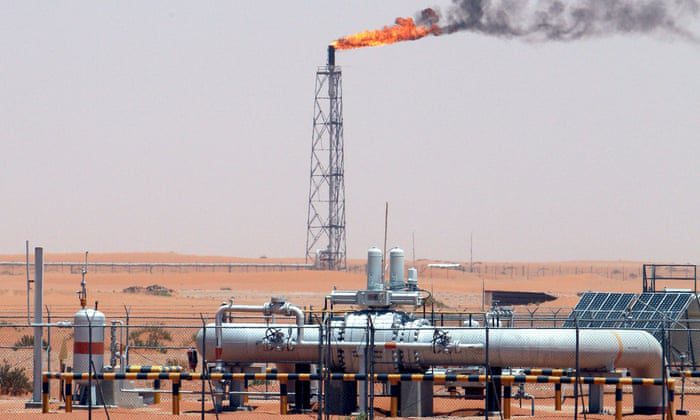 (S&P Global Platts) The Middle East will have a hard time meeting targets because economies are heavily reliant on industry and refining, which are difficult to decarbonize while fuel subsidies encourage consumption, according to Dan Klein, head of future energy pathways at Platts Analytics.

Industry emissions from gas will climb 2% in 2022, more than making up for a 0.3% drop in oil emissions in industry. The gas emissions growth in industry is just above the global growth of 1.94% but the world economy is more diverse with potential to embrace new technologies such as electric vehicles, Klein said.

“We do not expect Middle Eastern countries to meet net-zero pledges on schedule, largely due to the need to reduce emissions in sectors that are difficult to decarbonize, and the general high cost,” Klein said.

“The biggest challenge that Middle Eastern countries face to achieve net-zero is decarbonizing their industrial and refining sectors, where electricity cannot be used in all instances.”

OPEC kingpin Saudi Arabia has pledged to bring its carbon emissions down to net-zero by 2060 and the UAE by 2050, even as both oil producers are spending billions on expanding their crude output capacity. Bahrain and Israel have also made net-zero pledges.

“I see only one way out — oil and gas companies need to double down on investment in R&D for carbon capture, utilization and storage technology, accelerate pilot projects that can become role models and pull out all the stops in educating the public about this mitigation technique,” said Vandana Hari, founder and CEO of Vanda Insights.

“So far, carbon capture and storage is the only savior on the horizon for countries wanting to continue pumping oil and gas. But it is expensive and also gets a bad name because, unfortunately, some view it as no more than a cover for continued production and use of polluting fossil fuels.”

Emissions will get an extra boost in 2022 globally as countries recover from the COVID-19 slowdown, Klein said. After the small drop in Middle East emissions from oil used in industry in 2022, the sector will show growth every year through at least 2040, according to the analysis.

Most analysts in an informal S&P Global Platts survey said they expected Middle East countries to meet their net-zero targets.

“UAE and Saudi Arabia should meet their objectives and I would expect Saudi Arabia to do so well ahead of its 2060 target. Bahrain has less capital to invest in the transition and downstream industry is a sizable part of its small economy, so right now its target looks the most challenging,” one respondent said.

“Sooner rather than later, 2050 not 2060, expect disruptive technologies in the alternative energy sector (wind, solar, nuclear, hydrogen) to move faster than current projections,” another respondent said.

Saudi Arabia and the UAE want to increase oil and gas production while curbing emissions. “Decarbonizing upstream production is doable,” one survey respondent said. “Question is how much demand there will be if other countries also hit net-zero goals.”

Middle East net-zero targets typically do not account for the CO2 emitted by the hydrocarbons consumed in other countries, just domestically, Klein said.

Curbing emissions from oil and gas domestically is doable by shifting production equipment from diesel-fueled motors to electricity produced with renewables, even though diesel costs are much cheaper in many Middle East countries, Klein said.

Ways to cut emissions in industry and refining are skewed toward hydrogen and CCUS, he said. “In this regard, the Middle East may be positioned to help other countries outside the region achieve their own net-zero targets either by serving as a major source of global green hydrogen supply or by unlocking potential applications of captured CO2 from other countries for use in enhanced oil recovery.”

S&P Global Platts launched in November low-carbon hydrogen assessments in the Middle East as the region strives to become a major exporter of the fuel.

Renewables, led by solar, will be the dominant way to curb emissions in the Middle East, according to the survey.

Installed solar across the Middle East and North Africa will reach 31 GW by the end of 2026, up from about 10.5 GW installed at the end of 2021, according to Platts Analytics.

Wind capacity in the region is expected to reach 9 GW by the end of 2026 versus about 5 GW currently operational, it said.