OilNOWLatest News and Information from the Oil and Gas sector in Guyana
More
FeaturedNews
Updated: April 18, 2022 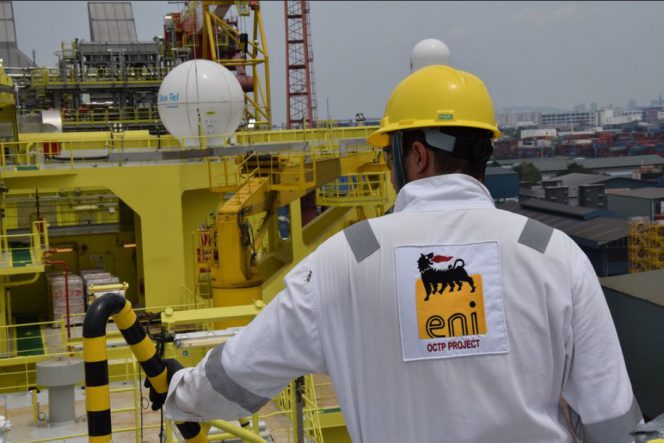 The energy major will optimise its exploration campaigns in existing blocks and in the newly acquired acreage in the Nile Delta, Eastern Mediterranean and Western Desert regions.

Eni said, “This agreement, together with the one signed for the restart of Damietta liquefaction plant last year, will provide LNG cargoes for overall volumes of up to 3 BCM in 2022 for Eni LNG portfolio bound to Europe and Italy.”

A few days earlier, the company had also announced an agreement with Sonatrach, the state oil company of Algeria, to increase gas quantities imported to Italy through the TransMed/Enrico Mattei pipeline from Algeria. Eni said the agreement will allow it to maximise the pipeline’s available transportation capacities to ensure greater supply flexibility.

“The new gas volumes covered by the agreement are also the result of the close collaboration in the development of upstream gas projects, leveraging Eni’s distinctive fast track model, which is bringing a significant acceleration to the production potential of the Algerian fields,” Eni said.

Is this the beginning of the end of Europe’s umbilical relationship with Russian gas?

According to Energy Intelligence, Eni started discussions as soon as things heated up in Ukraine.

“We started immediately interacting as soon as the war started … with countries where we produce,” ENI CEO Claudio Descalzi reportedly told investors in March. “And that is important because we are talking about the possibility to produce our reserves in a fast track.”

Descalzi said Eni is looking at tapping into 50 trillion cubic feet of reserves over the next three years, to increase supply to Europe, Energy Intelligence reported.

Since Russia invaded Ukraine, European leaders have been looking for alternative sources for gas, to replace its Russia supply, just in case they decide to cut Moscow off.

The fallout from the war has inflated commodity prices around the world. Rystad Energy said in March that it expects oil to trade between US$100 and US$130 until the third quarter of 2022.