OilNOWLatest News and Information from the Oil and Gas sector in Guyana
More
ExplorationFeaturedNews
Updated: November 2, 2017

Exploratory wells in the Orinduik Block to cost around US$35M 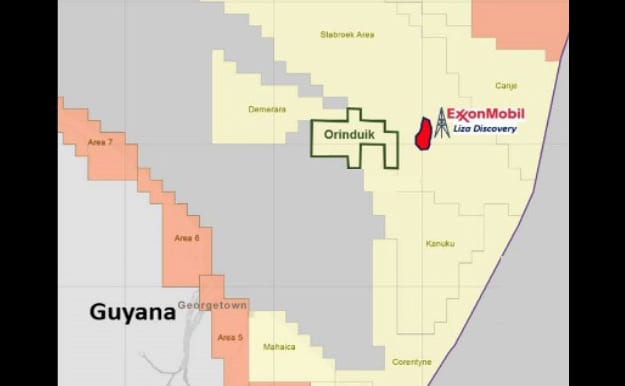 The cost for exploratory wells in the Orinduik Block is expected to amount to approximately US$35M with Eco Atlantic’s participating interest anticipated to be around US$5.25 Million per well.

The company has since entered into an option agreement on the block with Total E&P Activités Pétrolières. This agreement provides Total with an option to acquire a 25% Working Interest in the block from Eco Guyana which currently holds 40% and Tullow, the Operator, holds the remaining 60%.

Eco projects that the transaction with Total, if fully executed, will provide adequate funding to meet its share of the costs to drill at least two wells on the block as well as recover the costs of the expanded 3D seismic survey.

“In the event that the option is exercised by Total, the deal proceeds will recoup all our expenses on the expanded 3D program and fund us for drilling a minimum of two wells based on current well costs. We have approximately US$4 million in cash currently and once the Option is exercised Eco will be in a very strong position to be fully funded through the next few years which is expected to include several drill programs,” said Gil Holzman, President and CEO of Eco Atlantic, at the time the deal was announced.

Two targets are being investigated on the block in water depths of about 70 to 80 meters updip from ExxonMobil’s Liza field. Eco has described these as “significant reservoir leads.” OilNOW reported in August that a potential 900 million barrels of oil could be contained at each target.

In January 2016, Eco Atlantic signed a Petroleum Agreement and is party to an Offshore Petroleum Licence with the Government of Guyana and Tullow Oil for the Orinduik Block.