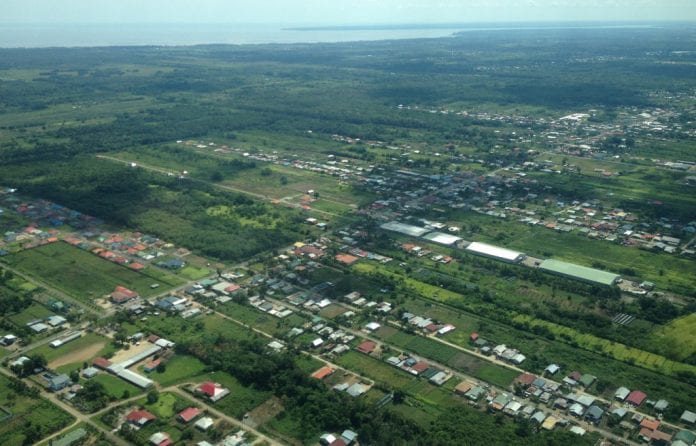 ExxonMobil Guyana said on Wednesday that efforts to acquire land at Ogle, located on the East Coast Demerara, is for the setting up of a head office as part of the company’s long-term operations in the South American country.

The company was responding to a recent report in the media which claimed that part of the reason for seeking to acquire the land was to construct living quarters tantamount to a hotel.

“Recent reports that ExxonMobil is planning to construct a hotel are inaccurate; we are currently examining our options for setting up a local head office,” the company said in a statement via its Facebook page.

The company said it currently leases two office buildings in Georgetown and is exploring options to commission an office to accommodate its long-term growth in Guyana over the next several decades.

OilNOW understands the choice of land within the Ogle Airport Property was driven by its availability and cost, as it relates to the company’s requirements.

ExxonMobil Guyana Senior Director, Public and Government Affairs, Kimberly Brasington, the Facebook statement said, “views this as necessary as we strive to contract and employ more qualified individuals including Guyanese personnel in both short-term and long-term positions, we currently have over 50% Guyanese working to support our operations in Guyana, and that is expected to increase over the next few years.”

On Tuesday the Ministry of Natural Resources (MNR) in Guyana issued a statement calling on the media to better acquaint itself with industry specific knowledge. MNR was at the time responding to a report about incentives granted to ExxonMobil as stated in the recently released PSA. “…the Ministry stands ready to assist Guyanese journalists to come to grips with the subject of oil and gas through partnerships with private sector entities,” MNR said.