Exxon is back in Brazil – and betting big on deepwater oil 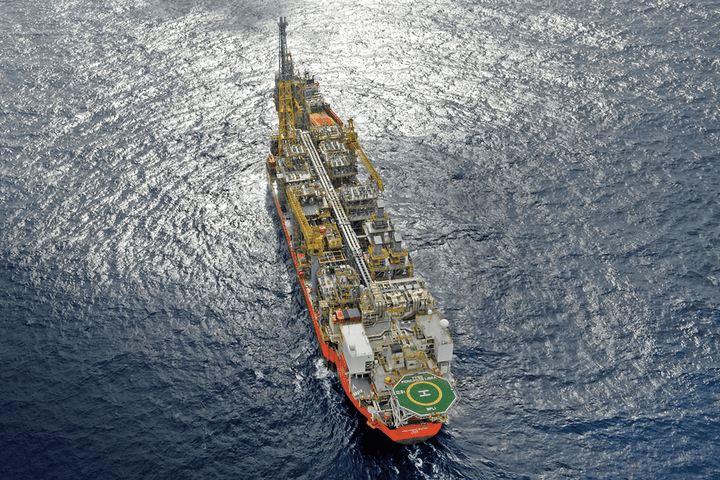 The offshore exploration and production operations in Guyana have been creating growing opportunities for suppliers of goods and services,...
Read more

Australian based petroleum company BHP confirmed on Wednesday that it failed to encounter hydrocarbons at the Broadside-1 exploration well in...
Read more

Governments have a lot to think about in 2021 says UK-based global consultancy group, Wood Mackenzie. Tougher fiscal terms...
Read more
OilNOW
OilNow is an online-based Information and Resource Centre which serves to complement the work of all stakeholders in the oil and gas sector in Guyana.

(Bloomberg) In November 2010, Exxon Mobil Corp. dispatched workers to a platform off the coast of Brazil, hoping to strike oil in one of the energy industry’s most anticipated drilling programs. About 2,300 meters (1.4 miles) below the surface, they bored into the seafloor, drilling down more than 2 miles over the course of almost two months before coming up dry. It was Exxon’s third dry hole in the area in just over two years. Defeated, the company abandoned exploration in Brazil. Now, seeing the success others are having there—and running into trouble elsewhere—Exxon’s back.

In an industry shifting toward renewables, Exxon is betting on Brazil as part of a $200 billion, seven-year capital-spending plan that’s remarkably large and focused on fossil fuels. A string of setbacks with projects in Canada, Russia, and the U.S. pushed the company to return to Latin America’s top oil-producing nation as it seeks to revive years of stagnating production. Brazil is the least developed among Exxon’s major projects—which also include Guyana, the U.S. Permian Basin, and gas terminals in Mozambique and Papua New Guinea—but it offers the most substantial potential prize: The country’s deep waters are the site of the largest offshore oil find this century.

“Brazil is basically the key oil play outside the U.S.,” says Cleveland Jones, a consultant and researcher at the National Institute of Oil and Gas in Rio de Janeiro. “If you have $5 billion, where are you going to invest it? Nigeria? Senegal? You have to allocate investment according to potential.”

There are more than 100 billion barrels of recoverable oil trapped under a layer of salt in deep Brazilian waters, according to a study by the State University of Rio de Janeiro, or UERJ. The 2006 discovery of the reserve kicked off foreign interest in Brazil’s energy industry, long dominated by state-owned Petrobras. The area has produced some of the world’s top oil wells, gushing upwards of 60,000 barrels a day. That surpasses output in the North Sea and Gulf of Mexico and rivals the most productive wells in Saudi Arabia and the Caspian Sea.

Brazil also has provided one of the most stable environments for oil companies, despite the nation’s frequent political turmoil. The country respected oil contracts even when it was governed by the left-wing Workers’ Party, and President Jair Bolsonaro has promised to open the industry further to outside investment. Other parts of the world with giant oil reserves aren’t always so welcoming. In Saudi Arabia, where drone attacks struck key oil installations on Sept. 14, the industry is dominated by the national oil company, and it’s a similar picture across much of the Middle East. Russia and Venezuela are walled off by strict U.S. sanctions, and exploration on Africa’s west coast is hampered by corruption, theft, and tough fiscal terms from governments.

European rivals Royal Dutch Shell Plc and Galp Energia SGPS SA bought up Brazilian acreage as far back as 2000 and drilled successfully for oil—Brazil has become a major profit driver for Shell. Exxon is making up for lost time: In the past two years it’s spent 6.8 billion reais ($1.7 billion) on exploration rights, making it the top leaseholder after Petrobras.

Exxon has had to get reacquainted with the oil industry in Brazil since its return, including the hired hands that operate rigs, mix cement and do the seismic, 3D imaging and soil sample tests essential to narrowing down geological targets before drilling begins. The company is preparing for exploration drilling next year in the area it operates, spokesman Todd Spitler says. “Brazil is the most important new conventional oil play for the exploration industry in the past decade and is a key investment in Exxon Mobil’s future,” he says.

Investors are sure to have questions about the new program. Exxon’s $30 billion a year in capital spending focused on oil and gas stands out as exceptionally large in a world awash in crude. Rival companies have shrunk their budgets and are returning cash to investors through share buybacks. Not Exxon. Its annual budget, which will rise to as much as $35 billion in the early 2020s, is comparable to 2013 and 2014 levels, when oil was trading at more than $100 a barrel. Crude trades for well under $70 a barrel, and that’s after the boost from the drone attacks.

While some rivals have gone cold on exploration in favor of investment in renewables, Exxon is standing firm as the model of a traditional energy company, with oil and gas at the heart of Chief Executive Officer Darren Woods’s business plan. He’s seeking to gain an advantage by building major projects while others retreat and claims to have the best set of opportunities available to him since the merger of Exxon and Mobil in 1999.

Exxon is “investing aggressively when other companies are not,” says Mark Stoeckle, who manages about $2.4 billion including Exxon shares at Adams Funds in Boston. The returns on Brazil are far into the future, in the mid-2020s at the earliest, he says. “This does have risk, there’s no doubt about it. But Brazil fits well: They can invest at scale in a multi­decade resource that they really need.”

Guyana, one of Brazil’s northern neighbors, proves how lucrative such exploration can be. Exxon has discovered more than 6 billion barrels of low-cost oil there since 2015 and is building production platforms estimated by energy consultant Wood Mackenzie Ltd. to be the most profitable of all deep-water projects by major oil companies. Guyana and Brazil are now among the top five destinations for oil exploration globally, according to Wood Mackenzie.

“When you’re talking about Brazil, you’re talking about the most exclusive club of deep-water producers, and Exxon wants to be a part of that,” says Schreiner Parker, vice president for Latin America at consultant Rystad Energy. “Where they decide to put their economic weight, they could make a very big splash, even in a market that has attracted all of the big players, like Brazilian offshore.”

Australian based petroleum company BHP confirmed on Wednesday that it failed to encounter hydrocarbons at the Broadside-1 exploration well in...
Read more
News

The offshore exploration and production operations in Guyana have been creating growing opportunities for suppliers of goods and services, including those outside the oil...
Read more
News

Governments have a lot to think about in 2021 says UK-based global consultancy group, Wood Mackenzie. Tougher fiscal terms could put countries at the...
Read more
News

Halliburton reported quarterly results on Tuesday that exceeded analysts’ expectations posting a profit of 18 cents per share on revenue of $3.24 billion for...
Read more
News

Thirty companies have received offers of ownership interests in a total of 61 production licences on the Norwegian Shelf in the Awards in Predefined...
Read more

Australian based petroleum company BHP confirmed on Wednesday that it failed to encounter hydrocarbons at the Broadside-1 exploration well in Trinidad and Tobago. “In Trinidad and...
Read more

The offshore exploration and production operations in Guyana have been creating growing opportunities for suppliers of goods and services, including those outside the oil...
Read more

Governments have a lot to think about in 2021 says UK-based global consultancy group, Wood Mackenzie. Tougher fiscal terms could put countries at the...
Read more

Halliburton reported quarterly results on Tuesday that exceeded analysts’ expectations posting a profit of 18 cents per share on revenue of $3.24 billion for...
Read more

Decision on contract disclosure should apply to all companies equally –...