OilNOWLatest News and Information from the Oil and Gas sector in Guyana
More
ExplorationFeaturedNews
Updated: January 31, 2021

Exxon, Shell and CNOOC could be most active explorers by end of 2021 – Westwood Energy 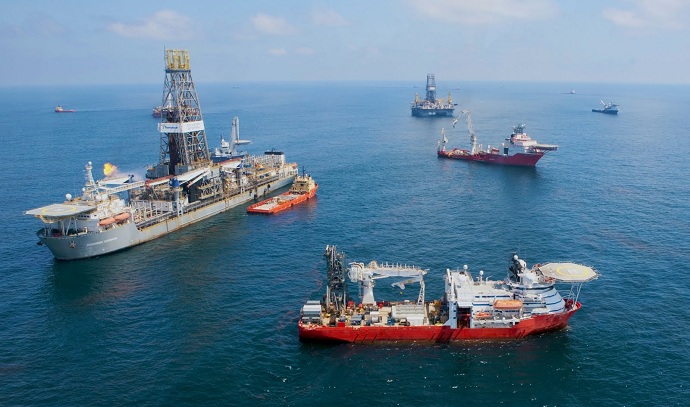 ExxonMobil, Shell and CNOOC are expected to be the most active explorers by the end of 2021 with a significant portion of the offshore activity taking place in Guyana where multiple prospects remain on the prolific Stabroek block and the search for oil is being ramped up at surrounding acreages.

“So, it’s likely that Shell, Exxon and CNOOC will be the most active explorers by the end of the year. For Exxon, that’s dominantly in Guyana; CNOOC, that’s Guyana and Mexico; and Shell, it’s mostly Mexico,” said Jamie Collard, Senior Analyst at Westwood Energy.

According to the energy market research and intelligence company, current projections for 2021 suggest that activity should at least match the 70 wells in 2020 with the potential to be higher and up to 100, with drilling plans still being fluid and expected to firm up in the first quarter of the year.

Westwood said exploration hot spots for 2021 are mainly in the Americas, particularly offshore Mexico, the Suriname-Guyana Basin and offshore Brazil. Africa is expected to have another quiet year, with only a handful of high-impact wells being drilled, however this does include the much anticipated multi-billion-barrel Venus prospect in Namibia. Northwest Europe should see 10-15 high-impact wells drilled which is a similar number to 2020.

In Guyana, the Stabroek block co-venturers said they plan to pursue an aggressive exploration and appraisal drilling programme this year, even as they lay the groundwork for start-up of the Liza Phase 2 development offshore.

“We will continue to invest in an active exploration and appraisal programme in Guyana in 2021 with 12 to 15 wells planned for the block,” John Hess, CEO of Hess Corporation recently told investors.

These will include lower risk wells near existing discoveries, higher risk step outs and several penetrations that will test deeper lower Campanian and Santonian intervals.

“This ramped up programme will allow us to accelerate exploration in the block and enable optimum sequencing of future developments,” said Greg Hill, Hess Chief Operating Officer.

Since 2015, the Stabroek co-venturers have found approximately 9 billion barrels of oil equivalent resources at Stabroek.