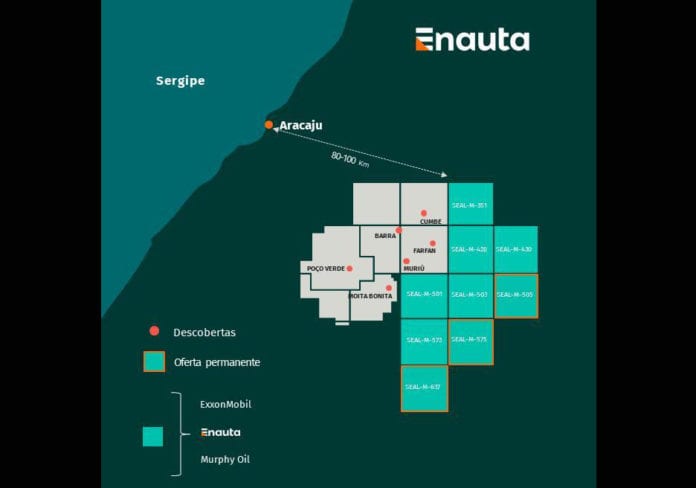 (Offshore Energy) As part of the first cycle of the permanent round, the country’s regulator, the National Agency of Petroleum, Natural Gas and Biofuels (ANP), auctioned 33 blocks in the Sergipe-Alagoas, Parnaíba, Potiguar and Recôncavo basins, and 12 areas with marginal accumulations in the Potiguar, Sergipe-Alagoas, Recôncavo and Espírito Santo basins.

The consortium of ExxonMobil, Murphy Oil, and Enauta has won three blocks in the Sergipe-Alagoas basin. ExxoMobil, as the operator, got a 50% interest and Murphy Oil and Enauta 20% and 30%, respectively, in blocks SEAL-M-505, SEAL-M-575, and SEAL-M-637.

Brazil’s first Permanent Offer round permanently offers a portfolio of blocks and areas with marginal accumulations for oil and natural gas exploration and production. Thus, companies, especially those not yet in Brazil, have the opportunity to study these areas without the time limitations that traditional rounds provide.

According to ANP, this was Brazil’s first auction in 20 years without the participation of the country’s state-owned oil and gas giant, Petrobras.

Consultations on EIA for Liza Phase 2 begin in Guyana

Oil contracts signed after Exxon PSA will be reviewed – Guyana...