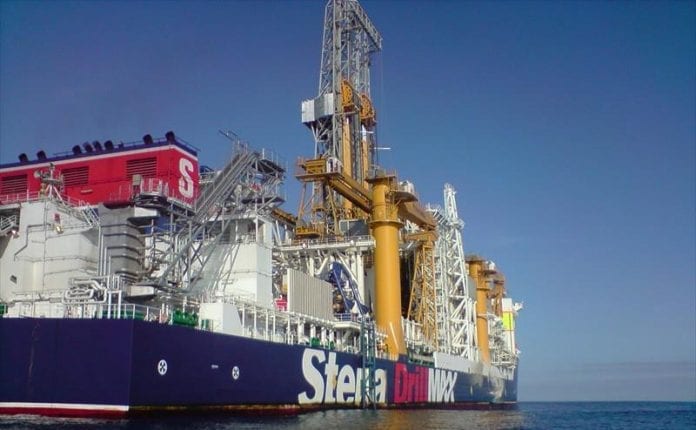 US oil major ExxonMobil said on Monday that it has begun drilling the Haimara-1 exploration well offshore the South American country of Guyana – the first of two planned wells in January. The Stena Carron drillship is drilling the well, which is located 19 miles (31 kilometers) east of the Pluma-1 discovery in the southeast Stabroek Block.

The Noble Tom Madden drillship is expected to drill the second well, Tilapia-1, about three miles (five kilometers) west of the Longtail-1 discovery. The Tilapia-1 well is located in the growing Turbot area.

“We continue to prioritize high-potential prospects in close proximity to previous discoveries in order to establish opportunities for material and efficient development,” said Steve Greenlee, President of ExxonMobil Exploration Company. “Like the Liza and Payara areas, the Turbot area is on its way to offering significant development options that will maximize value for Guyana and our partners.”

The company also plans to deploy a seismic vessel operated by Petroleum Geo-Services (PGS) to the Turbot area to acquire 4-D seismic data similar to a 4-D campaign conducted in the Liza area in 2017.

A second PGS vessel has been released after seismic acquisition activities were suspended on Dec. 22 when vessels were approached by the Venezuelan navy in the northwest portion of the Stabroek Block.

Drilling and development operations offshore Guyana are unaffected by the incident, which occurred more than 110 kilometers from the Ranger discovery, the closest of 10 discoveries made by ExxonMobil in the southeast section of the Stabroek Block.

The company operates the Stabroek Block offshore Guyana under license from the country’s government. The acquisition of seismic data was being conducted in the country’s exclusive economic zone. ExxonMobil said it is evaluating next steps for the seismic program.

ExxonMobil announced its 10th discovery offshore Guyana at the Pluma-1 well in December, increasing its estimated recoverable resource for the Stabroek Block to more than 5 billion oil-equivalent barrels.

Pluma-1, which is located some 17 miles (27 kilometers) south of the Turbot-1 well and follows previous discoveries on the Stabroek Block, encountered approximately 121 feet (37 meters) of high-quality, hydrocarbon-bearing sandstone. The well was safely drilled to 16, 447 feet (5, 013 meters) depth in 3,340 feet (1,018 meters) of water.