OilNOWLatest News and Information from the Oil and Gas sector in Guyana
More
FeaturedNews
Updated: November 11, 2020 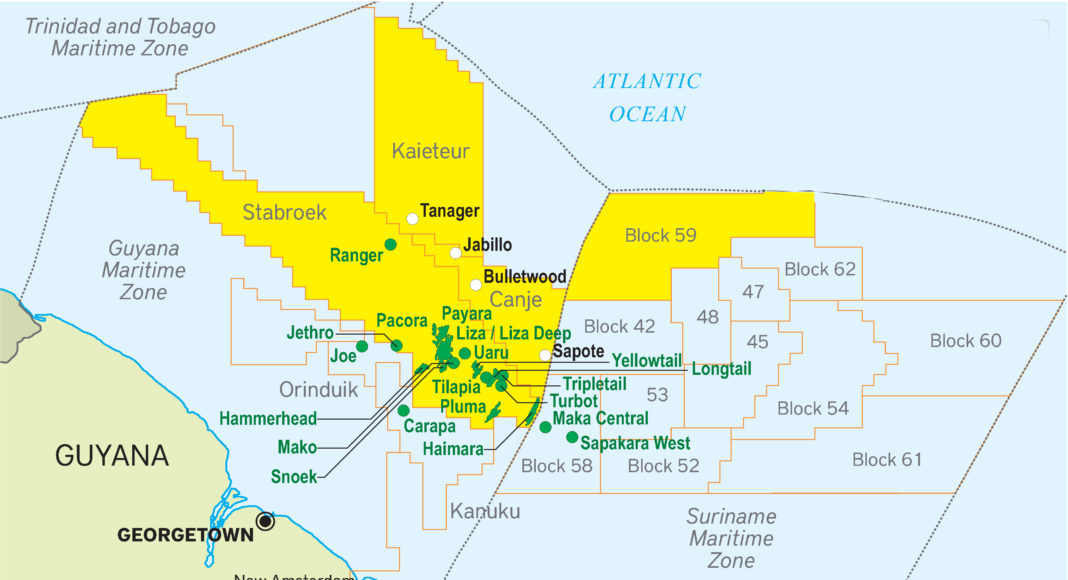 The first exploration well at the Canje block offshore Guyana will be drilled by the end of the year, ExxonMobil has confirmed. The well – Bulletwood-1- has been described by analysts as a ‘Liza look alike’ with a target exceeding 500 million barrels of oil.

At 180km offshore the South American country in deep to ultra-deep water, the Canje block is said to be highly prospective with an environment of disposition unique among offshore Guyana blocks in that it contains both continental slope and basin floor terrain.

Speaking in a recent web video published by ExxonMobil from its Energy Tunnel 2020 exercise in Guyana, Ryan Turton, Wells Execution Manager, said the company’s search for more hydrocarbons will move to the Canje block by the end of the year.

“Towards the end of the year, we’re actually going to drill the first exploration [well] in the Canje block, as well. So, lots of exciting things coming up for the team that’s working on it as well as the country of Guyana,” he said.

Most of the discoveries offshore Guyana to date have been made in the slope environment and Canje will be the first block offshore to test prospects on the basin floor – which have the potential to contain larger accumulations of recoverable hydrocarbons.

Westmount Energy, which has a stake in JHI Associates Inc., a stakeholder in the Canje Block, has said that Bulletwood-1 closely resembles the Liza reservoir where the first world class oil discovery was made offshore Guyana by ExxonMobil in 2015.

Two other wells – Jabillo-1 and Sapote-1 – have also been selected as potential drilling targets at the Canje block.