OilNOWLatest News and Information from the Oil and Gas sector in Guyana
More
FeaturedNewsProduction
Updated: May 6, 2017 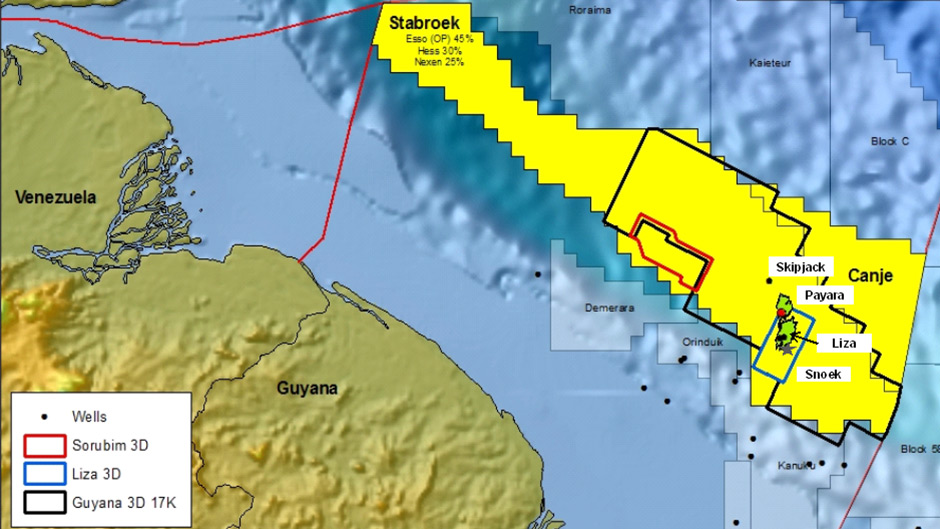 “When you think about the full scope of our development in Guyana, and clearly, the higher the resource density, the more profitable it’s going to be…” – Jeff Woodbury

US supermajor ExxonMobil plans to sanction the first phase of the development of its Liza oilfield in the Stabroek Block offshore Guyana by mid-year as it continues to consider additional phases that could significantly boost production.

The company is already planning a second Floating Production Storage and Offloading vessel (FPSO) at its Liza oilfield with capacity of around 150,000 bpd and is eyeing additional production facilities beyond that, depending on ongoing appraisal work.

“When you think about the full scope of our development in Guyana, and clearly, the higher the resource density, the more profitable it’s going to be, so I mean it starts with the resource, and then it goes to the focus on the design,” Upstream quotes ExxonMobil secretary Jeff Woodbury as saying.

“We really would like to get very much in the mode of designing one and building many, like we did in Angola; get in a routine of really working in optimal design, and then replicating that as you continue to expand resources through your exploration programme,” Woodbury said.

He pointed out that following the completion of the Liza 4 well, the company would then go ahead with further testing and delineation activities. “The results of the Liza 4 well will be integrated into our development planning activities that ultimately will inform (a final investment decision) on the initial phase at Guyana.”

Meanwhile, the Government of Guyana is in a race against time preparing for the production phase of the ExxonMobil operation in the Liza field. Authorities are currently working on a raft of legislation to pave the way for the oil and gas industry. A draft local content policy framework has also been developed and is currently under review.