OilNOWLatest News and Information from the Oil and Gas sector in Guyana
More
FeaturedNews
Updated: October 14, 2022 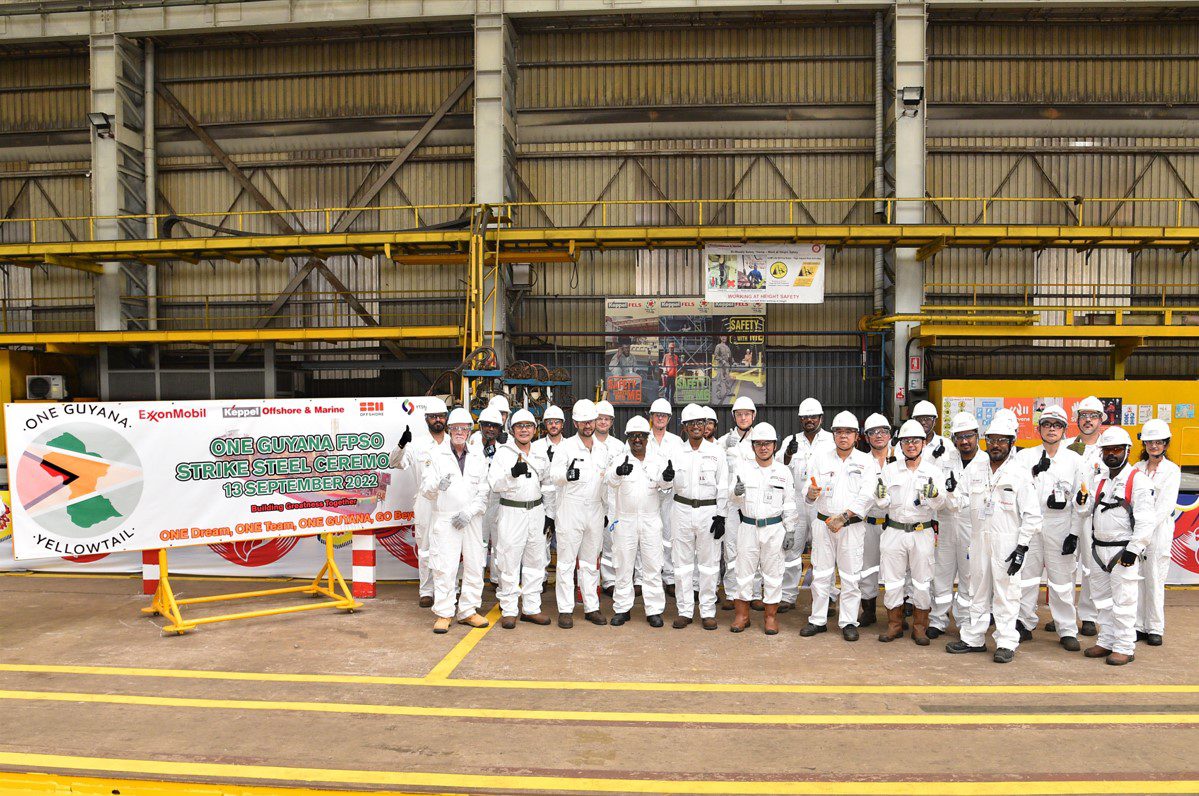 SBM Offshore said construction of the topsides modules for the ‘ONE GUYANA’ floating production, storage, and offloading (FPSO) vessel and the accompanying marine structures has commenced in Singapore.

Two steel strike ceremonies were held in both Keppel FELS and Dynamac yards in September, marking this key milestone.

ONE GUYANA is the fourth and latest sanctioned FPSO under construction by SBM Offshore for its long-standing client, ExxonMobil, the shipbuilder said.

SBM Offshore completed the US$1.75 billion financing for the floater three months ago.

The project is expected to make Guyana the world’s largest per capita oil producer.

ExxonMobil is the operator of the Stabroek Block with a 45% stake. Its partners are Hess and CNOOC with 30% and 25% respectively.