OilNOWLatest News and Information from the Oil and Gas sector in Guyana
More
FeaturedNews
Updated: May 6, 2022 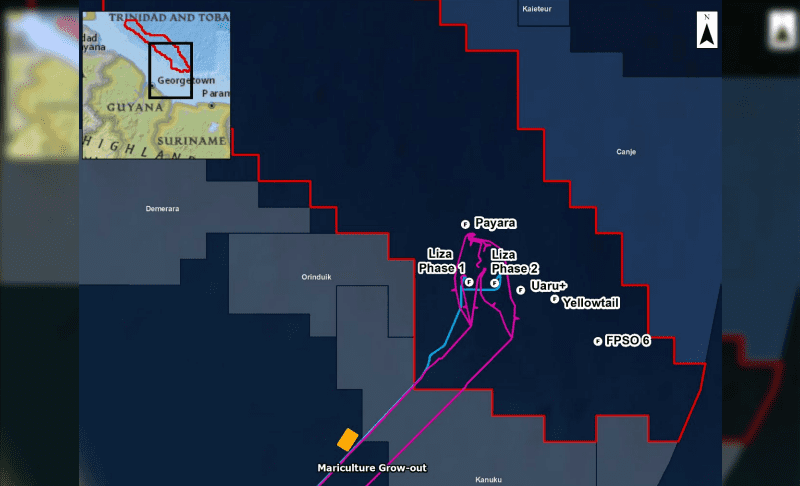 The upcoming Gas-to-Energy pipeline, which ExxonMobil Guyana will construct starting this year, will have a series of security measures including a fibre optic cable.

As for the offshore pipeline, the fibre optic cable will follow the same general corridor for approximately half of the route to minimise overall footprint and optimise use of the seafloor. 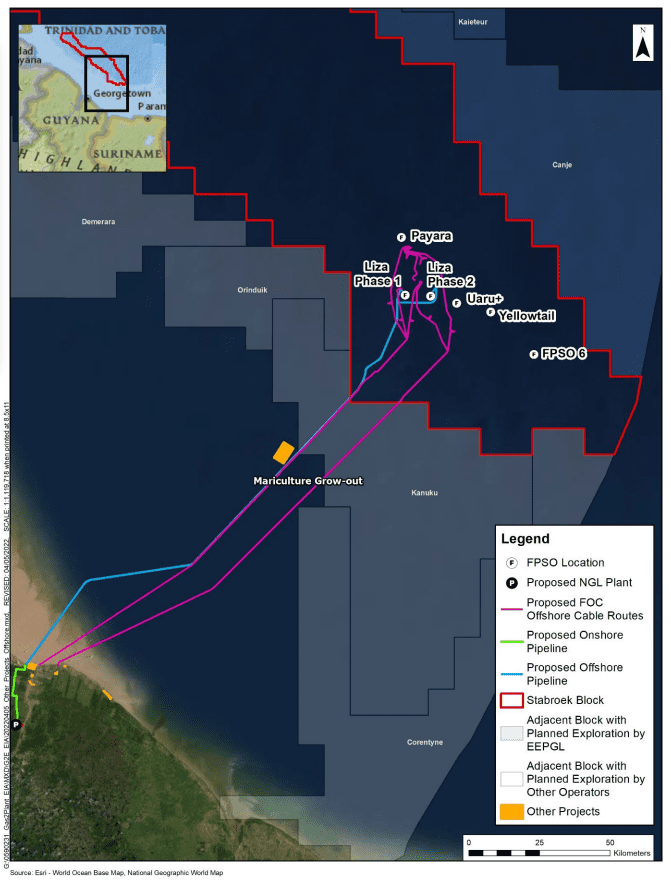 “To protect the cable as much as possible through the fishing grounds, the cable will be plow-buried from approximately 32 kilometers from shore up to a water depth of 150 meters; from this point seaward, seabed laying is sufficient and the cable will self-bury (i.e., the cable will be laid on the ocean floor and will bury itself through natural processes),” ExxonMobil said.

It is proposed that the fibre optic cable be connected to the Liza Phases 1 and 2, and Payara projects for communication. Exxon said it will also propose the cable be attached to Yellowtail.

Onshore, the cable will be there alongside other controls which will help mitigate pipeline integrity failures. Such failures, Exxon noted, are rare, especially on such relatively short lengths of pipelines as with this project.

“If a loss of integrity were to occur, the most likely causes would be a third party striking the line or corrosion of the pipe that ultimately led to a pipe wall failure,” it explained.

The onshore pipeline will generally be installed below ground, at least 1.22 metres below the surface, except in cases where the pipeline passes through open trenching.

To reduce the likelihood of a third party striking the pipeline, Exxon said the onshore pipeline will be constructed with higher design factors than is typical for pipelines built in such locations, according to American Society of Mechanical Engineers (ASME) standards. These higher design factors include increased wall thickness.

Other embedded controls include aboveground pipeline markers along the onshore pipeline corridor, indicating location of the buried pipeline and standard signs not to excavate in the area prior to contacting Exxon’s local affiliate, Esso Exploration and Production Guyana Limited (EEPGL).

Near the shore landing for the pipeline, there will be an aboveground valve compound. Exxon will construct anti-cut/anti-climb perimeter fencing around the valve, with fibre optic intrusion detection, 24-hour circuit television monitoring of the compound and security lighting.

To mitigate corrosion of the pipeline, external corrosion coating is planned for the onshore pipeline, as well as installation and monitoring of an impressed current cathodic protection system, and routine internal inspections for corrosion using pipeline intelligent pigging tools.