OilNOWLatest News and Information from the Oil and Gas sector in Guyana
More
FeaturedNews
Updated: October 28, 2021 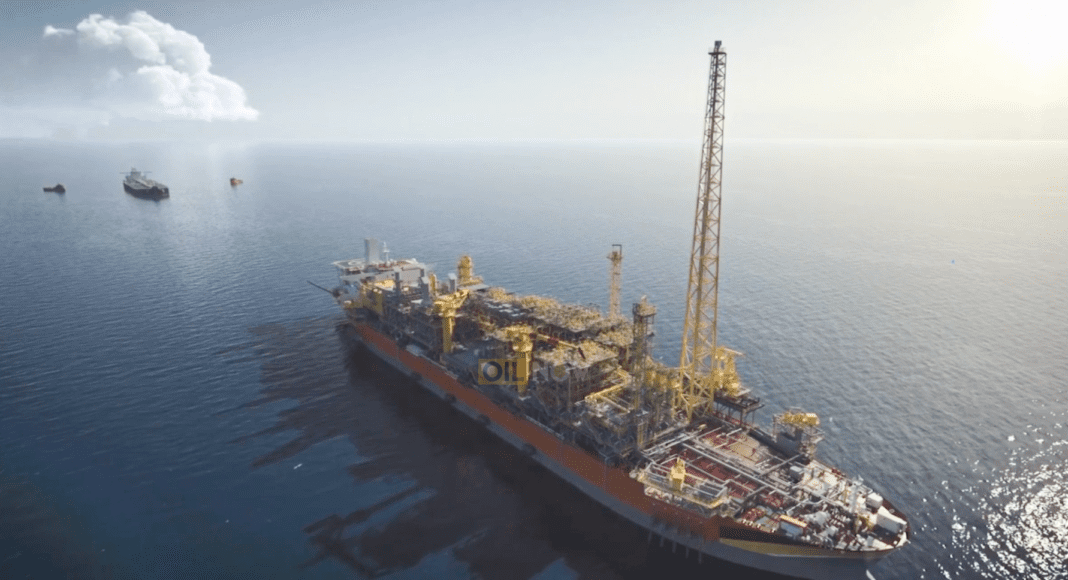 The greenhouse gas (GHG) emissions that would be released from ExxonMobil’s fourth development project at the Yellowtail field will be reduced by 80% as a result of the mitigation measures the company will be utilizing. This was highlighted in Yellowtail’s Environmental Impact Assessment (EIA) prepared by consultancy firm, Environmental Resources Management (ERM).

In the EIA, it was pointed out that the project will include several sources of atmospheric emissions namely combustion, venting, vessel-loading and fugitive emissions.

With respect to combustion emissions, the EIA notes that these are generated from the burning of liquid fuel or natural gas during aviation and marine support and installation activities; operation of the floating, production, storage and offloading (FPSO) vessel and drillships; normal operation of the flare on pilot gas; and non-routine flaring of associated gas that is not used by the FPSO or re-injected into the reservoir.

It was further noted that venting emissions relates to tank storage operations. On the other hand, vessel-loading emissions are dominated by gases released during the transfer of crude oil from FPSO to tankers, but also including fuel transfer operations. Meanwhile, fugitive emissions are leakages through process equipment components such as valves and flanges.

With the foregoing in mind, the EIA states that the Yellowtail development will emit GHGs throughout its predicted life cycle of at least 20 years but the average annual emissions during production operations estimated to be maintained between approximately 1.11 and 1.40 million tonnes of carbon dioxide-equivalents (CO2e) per year.

“There are no applicable regulatory criteria against which these GHG emissions can be compared,” ERM explained in the EIA, “but these emissions will be disclosed in accordance with good international oilfield practices to aid in managing GHG emissions at a national and international level.”

Esso Exploration and Production Guyana Limited, Exxon’s local subsidiary, proposes to re-inject recovered natural gas that is not used as fuel on the FPSO back into the targeted project reservoirs for reservoir pressure management, which contributes to a significant reduction in potential GHG emissions versus that which would result from continuous gas flaring.

Noteworthy too is the fact that Exxon has committed to applying technologies aligned with good international oilfield practices to reduce GHG emissions. As a result of these plans, the estimated 1.11 to 1.40 million tonnes of CO2e per year annual emissions rate represents an 80.2 to 83.6 per cent reduction from projected GHG emissions.

The Yellowtail development, for which approval is being sought from the Environmental Protection Agency (EPA), would be situated 126 miles offshore, where ExxonMobil made its 13th discovery in the Stabroek Block. The development plan includes up to three ships drilling up to 67 wells, the FPSO vessel and SURF production system, with tankers taking the oil to global markets.

Its initial production phase would commence in 2025-2026, with optimum production capacity of 250,000 barrels per day. The FPSO is designed to have a storage capacity of two million barrels of oil.