Fluids at Yellowtail similar to those of nearby Liza 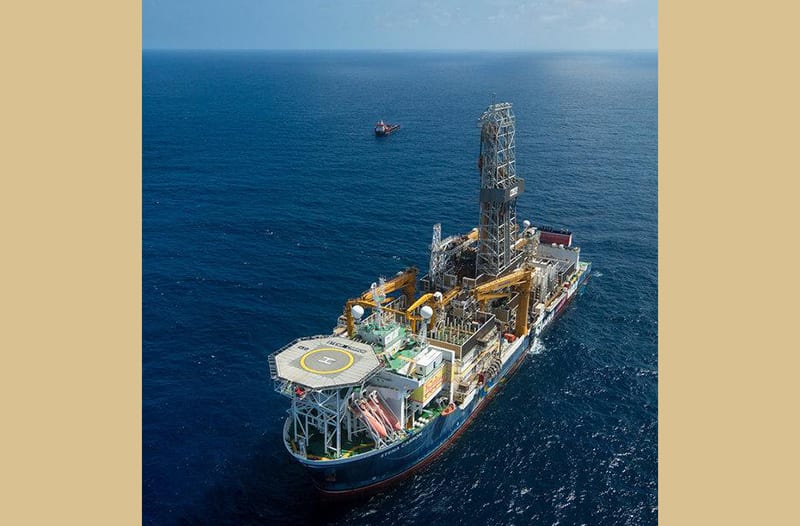 (S&P Global Platts) Yellowtail, Guyana’s latest offshore deepwater discovery, contains oily fluids similar to those of the country’s initial find, which is currently being readied for first production early next year, a top executive at Hess, a partner in the ExxonMobil-led consortium which made both discoveries, said Thursday.

Yellowtail, the 13th discovery at Guyana’s deepwater Stabroek block by a partnership which also includes China’s CNOOC, is also the fifth discovery in the block’s Turbot area, which is expected to become a major development hub, Hess CEO John Hess said during the company’s first quarter of 2019 earnings conference call.

The 292 feet of high quality oil-bearing sandstone reservoir at Yellowtail, which was drilled to 18,445 feet in more than 6,000 feet of water, “was a great result,” Hess Chief Operating Officer Greg Hill said of the discovery, which Hess and ExxonMobil separately announced April 18. “The well had good porosity and good oily fluids that are Liza-like.”

Liza, the initial discovery well made by the consortium in 2015, kicked off a string of successes in Guyana. Eight of the group’s 13 discoveries have occurred in 2018 and 2019, including three this year.

Yellowtail is six miles northwest of Tilapia, the consortium’s 11th discovery made in January. Its pay was just short of the 305 feet found at Tilapia – which was the thickest net pay of any well yet drilled at Stabroek.

The group’s 12th discovery, Haimara, was unveiled at the same time as Tilapia. Both wells and Yellowtail are clustered at the far southeast area of the long, narrow Stabroek block which is oriented in a northwest-southeast direction.

FPSO VESSEL DUE IN GUYANA IN Q3

Phase 1 development of Stabroek’s Liza field continues, as installation of the topside and modules is now complete on the 120,000 b/d Liza Destiny floating, production, storage and offloading (FPSO) vessel that will take care of the field’s production from Q1 2020 onward. The vessel should arrive offshore Guyana from a shipyard in Singapore in the third quarter.

Subsea infrastructure is “well advanced” on the project as installations of subsea umbilicals – cables and conduits – as well as risers and flow lines is scheduled for the second quarter, Hill said.

In addition, sanction of Liza Phase 2 is “imminent,” after government and regulatory approvals, which are expected “soon,” he said. This phase will utilize a second FPSO, already named Liza Unity, with 220,000 b/d of capacity. Phase 2 is on track for first oil in mid-2022.

A final investment decision is also expected later this year for Phase 3, producing the Payara discovery north of Liza. That plan calls for a projected 180,000-220,000 b/d FPSO with startup expected as early as 2023.

Coupled with Yellowtail, the Tilapia and Haimara discoveries “are all very high quality oil and increase our confidence that the greater Turbot area should underpin the fourth and fifth FPSOs that are being contemplated” offshore Guyana, John Hess said.

Also, three new Guyana offshore exploration wells are being planned, the locations of which are being finalized, Hill said.

Positive cash flow from Guyana may not come before 2022 –...