OilNOWLatest News and Information from the Oil and Gas sector in Guyana
More
FeaturedNews
Updated: December 31, 2021

Georgetown port now sees an average of 52 ships per week, up from 7 – Edghill 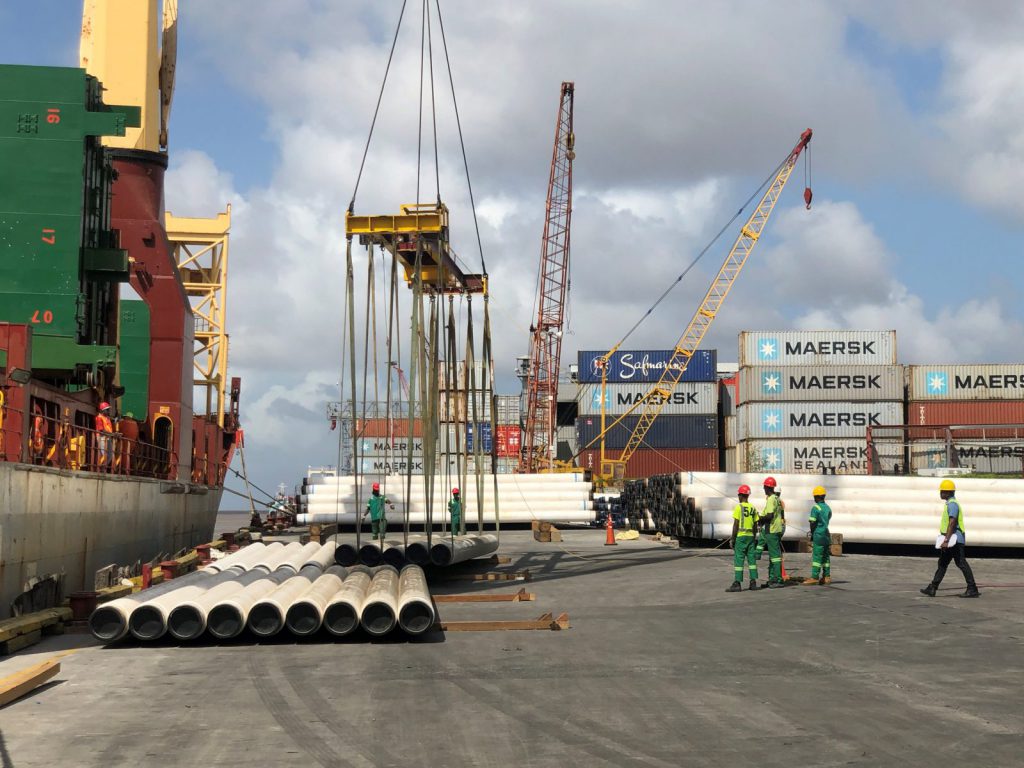 The rapidly expanding oil and gas operations in Guyana continue to fuel significant commercial activities and authorities say the local content legislation passed this week will help to ensure Guyanese cash in big on these growing opportunities.

“This bill guarantees employment for Guyanese,” pointed out Minister of Public Works, Bishop Juan Edghill. He said it is intended to prioritise Guyanese nationals and Guyanese companies in the procurement of goods and services in the enhancement of the value chain in the petroleum sector.

“It is designed to enable local capacity development, to provide for investigation, supervision, coordination and monitoring and evaluation of and participation in local content in Guyana,” Edghill pointed out.

The landmark bill paves the way for local companies and citizens to participate in no less than 40 critical areas in the oil sector which government and a number of private sector stakeholders say will ensure international oil companies and their contractors utilize more local services and products.

The public works minister said the big question in the public domain is how the more than 10 billion barrels of oil equivalent resources found offshore the South American country since 2015 will deliver benefits at the individual and community level.

As a public official with responsibility for several agencies, Edghill said he has firsthand experience of the impact the oil and gas sector is having on the economy.

“Before oil and gas, we use to see about seven to ten ships making a call at port Georgetown, seven to ten ships, on a weekly basis. Today, we are seeing an average of 52 ships making a call…” he pointed out. “We’re seeing expansion in the maritime sector with just one FPSO in play right now and the service ships that have to go out right now and come in and the supplies and the rest of it.”

Already, Guyana’s second FPSO – the Liza Unity – is spread moored offshore preparing to begin oil production at the Liza field in early 2022. A third vessel, the Prosperity, is under construction in Singapore and a fourth project at Yellowtail is awaiting government approval.

Guyana’s output is expected to exceed 1 million barrels of oil per day by 2027 and climb to around 1.4 million barrels per day into the new decade, catapulting the country to among Latin America and the Caribbean’s top 3 oil producers.