Global shut-ins surge as Canada, Venezuela among those leading 2 million bpd drop off 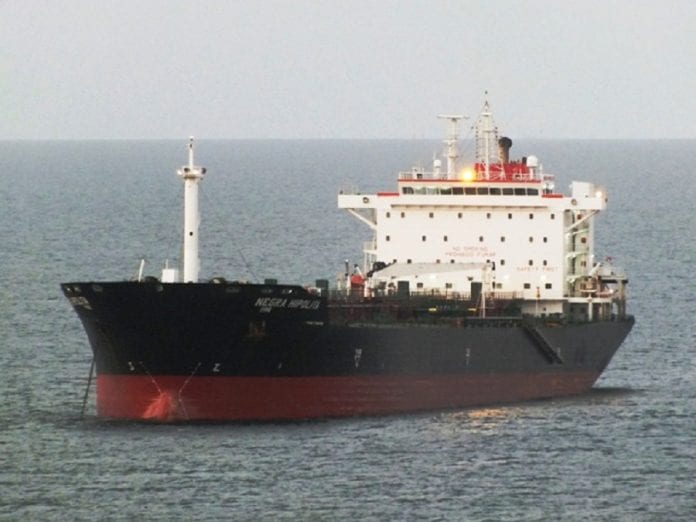 MatPal Marine Institute, the only maritime institution in Guyana, is equipping hundreds of Guyanese with internationally recognized...
Read more

While oil production in Trinidad and Tobago has been on the decline since the 1980’s, two current...
Read more
OilNOW
OilNow is an online-based Information and Resource Centre which serves to complement the work of all stakeholders in the oil and gas sector in Guyana.

After three consecutive months of Covid-19 demand destruction and gravity-defying oil prices, operators are finally being forced to shut-in considerable production volumes. Globally, at least 1.9 million barrels per day (bpd) of oil production have been booted offline in April according to Rystad Energy estimates. In May, this will likely grow to at least 2 million bpd.

Canada oil sands continue to be the prime victim with 1.14 million bpd of shut-ins in April, followed by Iraq with around 300,000 bpd, and Venezuela with 275,000 bpd. Rystad Energy said the upstream shut-ins in its tracker primarily include involuntary shut-ins at fields which halted production due to low oil prices, the Covid-19 outbreak, or storage/offtake constraints.

In total, its estimates 2Q20 global outages from Covid-19, low prices, and storage constraints at 1.88 million bpd. With oil sands projects like Fort Hills, Mildred Lake/Aurora and Kearl shuttering production, Canada leads the tally with an expected loss of about 960,000 bpd over the quarter.

“As storage fills up, countries are being forced to shut-in production on a large scale to counteract a theoretical oversupply of 21 million bpd in 2Q20. Shutting-in production is a very painful decision for an operator to make – often the economics support running a well at a loss for a certain period of time rather than shutting down the project completely. But with infrastructure constraints, this is no longer an option for many landlocked producers,” says Rystad Energy Senior Oil Market Analyst Teodora Cowie. 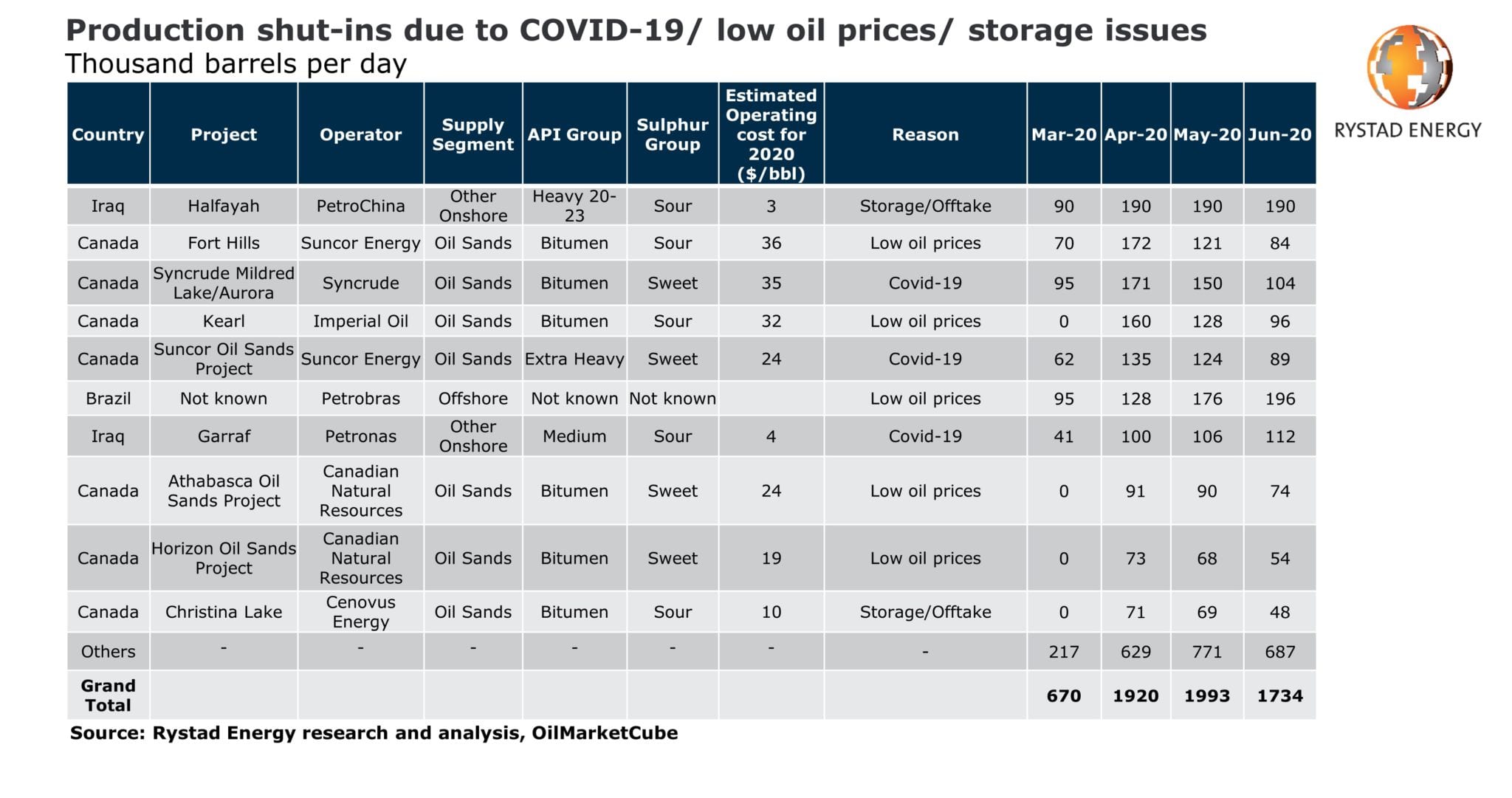 The US is also abuzz with news of possible shut-ins in the shale patch. Public information on US shut-ins is scarce at the moment, but Rystad Energy estimates at least 175,000 bpd in production was shuttered in March, mainly in the Bakken, based on statements from the North Dakota oil regulator. “For May, we expect approximately 177,000 bpd of shut-ins across multiple shale plays, based on the latest press releases from Continental Resources and ConocoPhillips,” Rystad Energy said.

“However, we observe that a majority of operators are reluctant to shut-in significant volumes unless they are forced to do so (i.e. there are literally no buyers for the crude) even when they are unable to cover their cash costs. While the decision-making process in the US oil and gas industry is surely driven by economic rationale, this rationale doesn’t always apply to immediate cash flows,” Rystad Energy added.

Overall demand and oil price uncertainty for the next several quarters are forcing operators to hold out on pulling the switch, as doing so means losing their regional market share if they fold before their peers. While stripper wells are an obvious target to turn off, Rystad Energy does not anticipate a quick deactivation of stripper well supply, simply because a majority of those wells are not connected to pipelines and at any given point of time only a small portion of stripper wells has to sell crude at the current physical prices.

Prolonged price weakness is required to see a material response from the stripper well supply. Yet some large LTO-focused operators started shutting in some of their least productive/economic legacy wells, but the total contribution of this supply to the macro picture is so far negligible.

While oil production in Trinidad and Tobago has been on the decline since the 1980’s, two current events could potentially change the...
Read more
News