OilNOWLatest News and Information from the Oil and Gas sector in Guyana
More
FeaturedNews
Updated: June 24, 2021 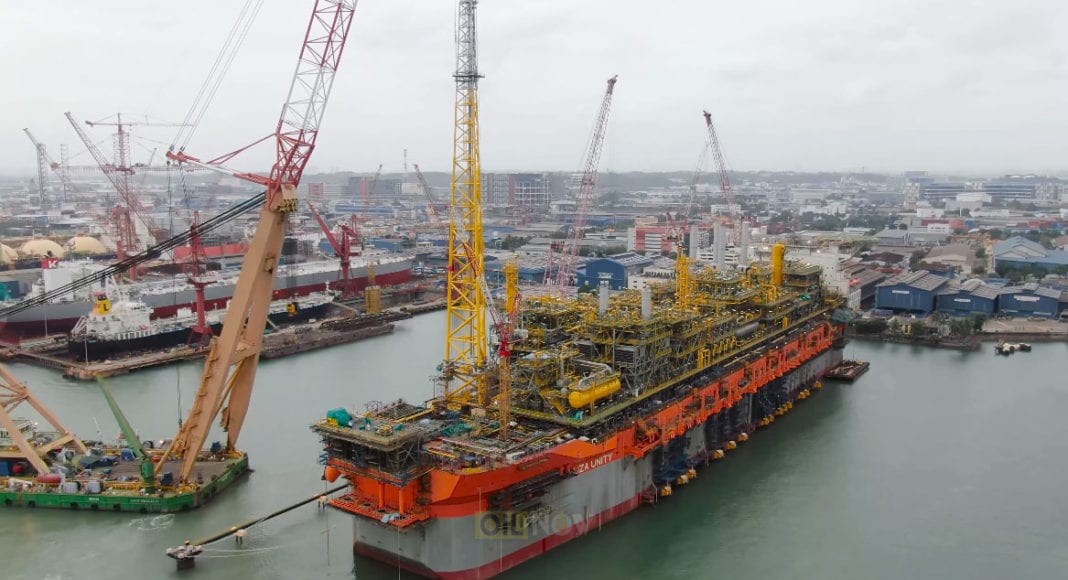 By 2025, Guyana could be producing approximately 1.2 million barrels of oil per day (bpd) from five floating vessels in the Stabroek Block. Making this latest disclosure was Chief Executive Officer (CEO) of Hess Corporation, John Hess during his participation in a Fireside Chat at the J.P. Morgan 2021 Energy, Power & Renewables Conference on Wednesday.

Hess made the comment following remarks by his Chief Operating Officer (COO), Greg Hill, on the productive capacity of the vessels to be put into operation offshore the South American country.

Speaking to the Liza Phase 1 project, Hill noted that its FPSO, the Liza Destiny, is currently operating at nameplate capacity, as it is producing 120,000 barrels of oil per day.  The COO said, “The flash gas compressor is on the vessel and being performance tested and when it comes on hopefully in July, it will pick up another 10,000 barrels or so, so it will be operating at 130,000 barrels a day.”

The next key milestone for the Liza Phase 1 operations will be a two-week shutdown in November which will facilitate the installation of a new flash gas compressor along with the debottlenecking of some piping, explained Hill. Following this exercise, he shared that the Liza Destiny’s nameplate will rise to 140,000 to 150,000 barrels a day.

Regarding future phases, the COO said, “It is pretty typical that you will get a year’s worth of data and then you can pinch point where you can get more out of the vessel. So, I would expect that every one of these [FPSOs] would have an optimization or debottlenecking design engineered after a year of operating on the water.”

Hill said he anticipates that the vessels would be optimized by 10 to 15 percent. It was here that his CEO joined in to add, “And when you helicopter down, you can say five ships by 2025 producing in excess of one million barrels.”

Hess noted that it was first envisioned that Guyana would be producing approximately 750,000 barrels of oil per day within the same period. He noted however that the increase gives one an idea of the quality of the reserves but also the producibility of the wells.

He also noted that ExxonMobil, the operator of the block with a 45 percent working interest, had previously noted in its investor presentation that the productive capacity can even reach 1.2 million barrels. “So, let’s say 1 million to 1.2 million for those five ships,” the Hess CEO said.

The projects that will be supporting this massive output are the Liza Phase 1, Liza Phase 2, Payara, Yellowtail, and Urau/Mako.