OilNOWLatest News and Information from the Oil and Gas sector in Guyana
More
FeaturedNews
Updated: June 24, 2021

Guyana determined to ensure economy not solely dependent on oil 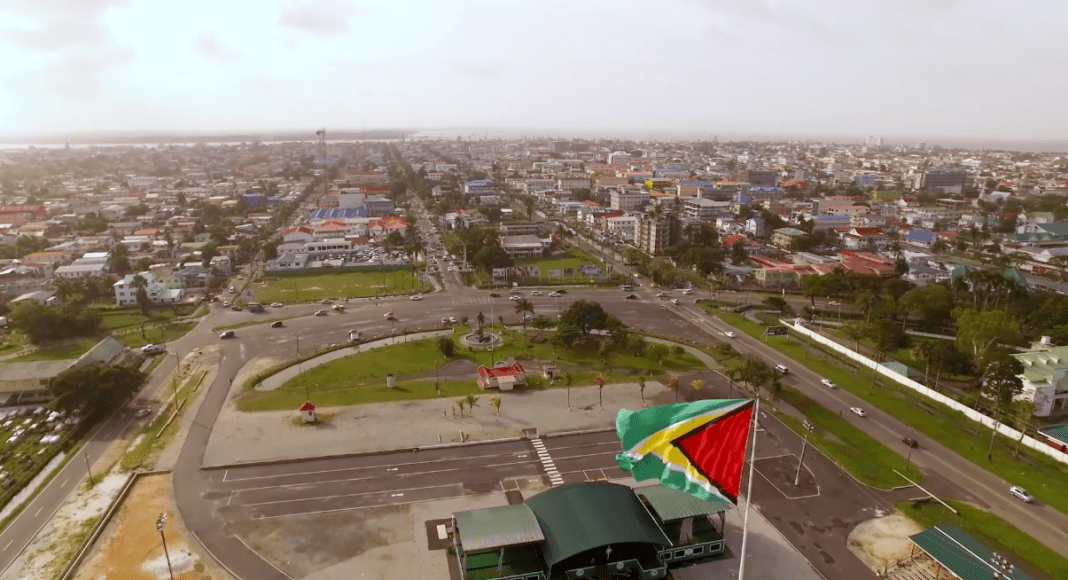 Senior Minister in the Office of the President with responsibility for Finance, Dr. Ashni Singh, said on Wednesday that even though oil production will transform Guyana’s economy, petroleum will not be its lone driver. He said the Irfaan Ali administration strongly espouses the principle that the country’s future must be pillared by a strong, diversified non-oil economy.

Dr. Singh made these comments at a ceremony held at Demerara Bank’s corporate office at Camp Street, Georgetown.

“We feel very strongly as a government that the non-oil economy, a vibrant and dynamic, competitive and rapidly growing non-oil economy is extremely important to the future of our country. We don’t want to be a country that is dependent on a single productive sector,” he said.

Dr. Singh reasoned that prices can fluctuate. This was evident especially in the oil price crash of 2020, brought on by an oil price war between Russia and Saudi Arabia, as well as the fallout from the COVID-19 pandemic.

“We have seen many examples of countries whose economies are heavily dependent on or dominated by a single sector and we have seen the vulnerability and the volatility that can be visited on those countries,” the finance minister pointed out.

Having learned those lessons, the government expects that its non-oil economy will grow in line with oil. With that, Dr. Singh urged development partners like the Inter-American Development Bank (IDB) to fund initiatives to support that growth.

The IDB, one of Guyana’s regional development partners, had extended a line of credit to Demerara Bank, which was on Wednesday, disbursed to fund local businesses working to export their goods. Dr. Singh said he was pleased to know that agriculture is one of the sectors which is benefitting from the facility.

“We feel very strongly as a government that agriculture is going to be the mainstay of the non-oil economy. This is the age in which we realize that long-heralded potential…,” he said.

Further to this, the finance minister spoke of the flooding disaster Guyana is currently facing, which has disrupted the livelihoods of many farmers. He assured that the country will overcome these difficult times.

Dr. Singh also noted that manufacturing is another sector which the Government intends to grow exponentially. In this regard, he reminded that the administration is working to cut the cost of power by half. It intends to do this by partnering with ExxonMobil to bring gas to shore. The high cost of power in Guyana, relative to other countries in the region, has long been complained about by the private sector as prohibitive to many business ventures.

The government official also stressed the importance of the mining industry which has always contributed significantly to Guyana’s Gross Domestic Product (GDP).

He said those three sectors reflect the direction in which the Guyanese economy will be going, and that the government will do its part to facilitate the successes of the private sector, in this regard.