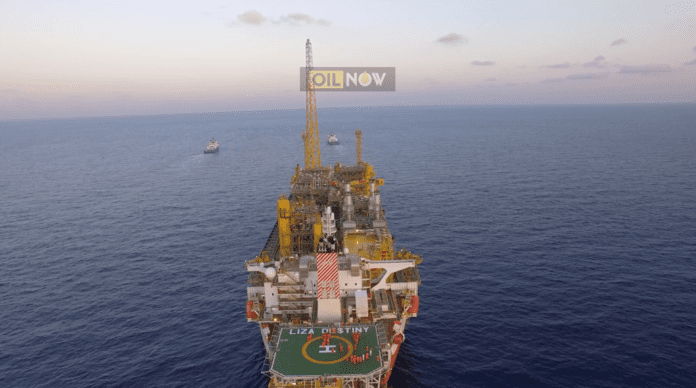 Guyana’s journey as an oil producer has just begun and promises to bring massive transformation to the tiny South American country. The oil tanker Yannis P set sail on Monday with the first 1 million barrels of oil to be lifted from the Stabroek Block.

The 120,000 bpd Liza Phase 1 Development will “inaugurate the largest GDP growth rate in the 21st century so far for any established nation” writes Viktor Katona, Group Physical Trader at MOL Group and Expert at the Russian International Affairs Council, currently based in Budapest.

Liza Phase 1 will be closely followed by Phase 2 in 2022, with double the production output, and a third development at the Payara field is pending approval. ExxonMobil expects to be producing more than 750,000 bpd by 2025 from 5 developments at the Stabroek Block where it is operator.

Little known globally prior to the discovery of large quantities of oil off of its coast, Guyana is now on OPEC’s radar as an OPEC+ disrupting element. The country now accounts for 15 percent of conventional oil discoveries made globally since 2015.

The oil cartel in its latest forecast points to a weaker outlook for global oil markets this year as surging supplies from competitors from Norway to Guyana threaten the group’s efforts to defend crude prices.

Industry analyst Wood Mackenzie says the unprecedented investments in oil that Guyana is experiencing will see the country adding significantly to South America’s production, which together with Brazil, will push output to more than 2.5 million b/d by 2025.

Production start-up at Liza Phase 1 and the first cargo lift have cemented Guyana’s place as an oil producer. The multi-billion-barrel resources discovered and being developed by ExxonMobil also signals that the country is on course to be a producer to be reckoned with. Just ask OPEC.