OilNOWLatest News and Information from the Oil and Gas sector in Guyana
More
FeaturedNews
Updated: December 30, 2019 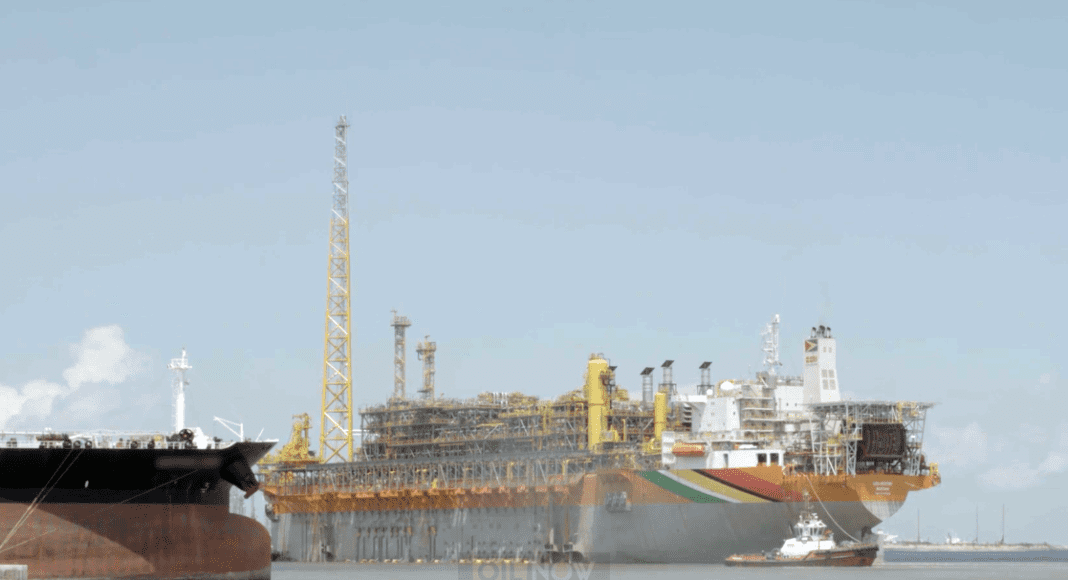 JP Morgan on Tuesday raised its oil price outlook and forecast supply-demand balance to tighten next year against the backdrop of the OPEC and its allies increasing output cuts and stronger economic growth in emerging markets, Reuters said in a report.

The projected increase could see Guyana crude fetching a higher price on the Brent market in 2020 than previously anticipated, based on JP Morgan’s price outlook.

Production in the South American country started in December at the 120,000 barrels per day Liza Phase 1 Development located at the Stabroek Block where operator, ExxonMobil, has found more than 6 billion barrels of oil equivalent.

A spokesperson for the company told OilNOW that oil being produced in the country will be sold at market price in keeping with the standard practice for marketing crude around the world.

“Whatever the price of crude oil is that day, we trade off of the Brent crude oil price and that’s exactly what it will be, either plus or minus what the typical Brent price is,” Deedra Moe, ExxonMobil Guyana Senior Director, Public and Government Affairs,” said.

Meanwhile Reuters stated in its report that West Texas Intermediate prices are seen following a similar trajectory as Brent, with prices averaging $60 per barrel in 2020 and $57.50 in 2021.

The end of UK electoral uncertainty and the U.S.-China trade truce along with fading of idiosyncratic headwinds in some of the larger emerging markets economies have improved the global growth outlook for next year, according to JP Morgan.

“In contrast to our September forecast that the global oil market will be in surplus of 0.6 million barrels per day (mbpd) on average for 2020, we now estimate the market will be in deficit of 0.2 mbpd,” the bank said.

Reuters said JP Morgan continues to expect global oil demand growth at 1 mbpd. The OPEC, Russia and other producers, a group known as OPEC+, have agreed to cut output by an extra 500,000 barrels a day in the first quarter of 2020.

Oil prices remained near a three-month high on Tuesday on hopes that a full-fledged U.S.-China trade deal is in the pipeline and set to stoke oil demand in the world’s biggest economies.